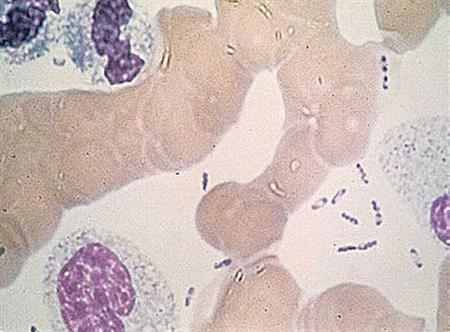 A Wayson stain of the Yersinia pestis bacterium, responsible for the plague that ravaged Europe between 1347 and 1351.

Scientists have mapped out the entire genetic map of the Black Death, a 14th century bubonic plague that killed 50 million Europeans in one of the most devastating epidemics in history.

The work, which involved extracting and purifying DNA from the remains of Black death victims buried in London’s “plague pits,” is the first time scientists have been able to draft a reconstructed genome of any ancient pathogen.

Their result — a full draft of the entire Black Death genome — should allow researchers to track changes in the disease’s evolution and virulence, and lead to better understanding of modern-day infectious diseases.

Building on previous research which showed that a specific variant of the Yersinia pestis (Y. pestis) bacterium was responsible for the plague that ravaged Europe between 1347 and 1351, a team of German, Canadian and American scientists went on to “capture” and sequence the entire genome of the disease.

“The genomic data show that this bacterial strain, or variant, is the ancestor of all modern plagues we have today worldwide. Every outbreak across the globe today stems from a descendant of the medieval plague,” said Hendrik Poinar, of Canada’s McMaster University, who worked with the team.

“With a better understanding of the evolution of this deadly pathogen, we are entering a new era of research into infectious disease.”

Major technical advances in DNA recovery and sequencing have dramatically expanded the scope of genetic analysis of ancient specimens, opening up new ways of trying to understand emerging and re-emerging infections.

A virulent strain of E. coli bacteria which caused a deadly outbreak of infections in Germany and France earlier this year was also found to contain DNA sequences from plague bacteria.

For this study Poinar’s team analysed skeletal remains from Black Death victims buried in London’s East Smithfield “plague pits,” which are located under what is now the Royal Mint.

By focusing on promising specimens from the dental pulp of five bodies, which had already been pre-screened for the presence of Y. pestis, they were able to extract, purify and enrich the disease’s DNA and at the same time reduce the amount of background non-plague DNA which might interfere.

Linking the 1349 to 1350 dates of the skeletal remains to the genetic data allowed the researchers to calculate the age of the ancestor of Y. pestis that caused the mediaeval plague.

Poinar, whose work was published in the journal Nature, said the team found that in 660 years of evolution, the genetic map of the ancient organism had only barely changed. “The next step is to determine why this was so deadly,” he said.

Johannes Krause Of Germany’s University of Tubingen, who also worked on the study, said the same approach could now be used to study the genomes of all sorts of historic pathogens.

“This will provide us with direct insights into the evolution of human pathogens and historical pandemics,” he said in a statement.