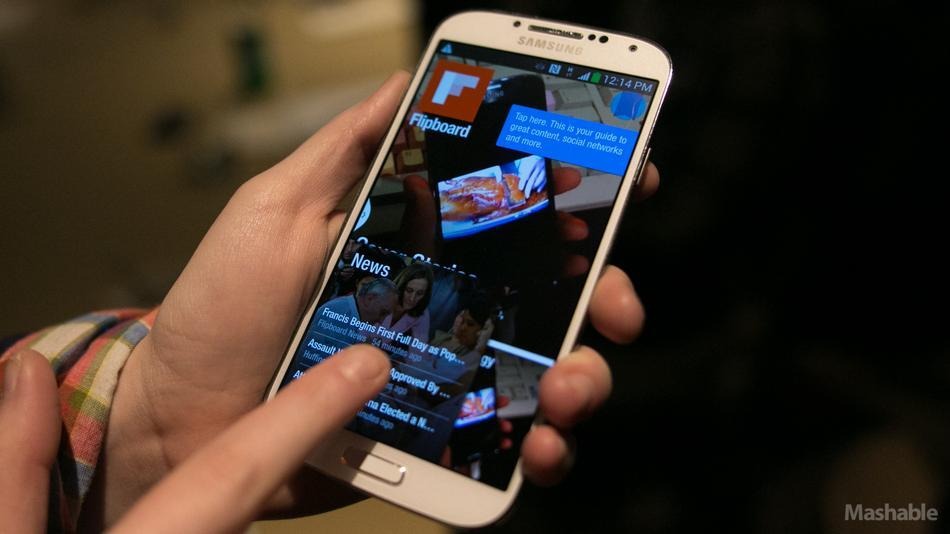 The Samsung Galaxy S 4 smartphone will be available for pre-sale via AT&T starting Tuesday, April 16. It will be priced at $249.99 with a two-year commitment with the carrier.

The new flagship device was announced earlier this month with much fanfare in New York City, but no price details were revealed until now. Other phone carriers on board include Verizon, Sprint and T-Mobile.

The nearly $250 price tag is a bit higher than most competitors. In fact, the iPhone 5 typically sells for about $200 with the same contract commitment.

The 5-inch smartphone comes with what Samsung calls the first full HD Super AMOLED display (1920×1080). The smartphone weighs 4.6 oz. and runs a quad-core 1.9GHz Snapdragon 600 in the U.S. (8-core 1.8GHz Exnyos 5 Octa elsewhere). It runs on Android 4.2.2. Jelly Bean and boasts impressive camera functionality, thanks in part to its 13-megapixel rear camera.

The Galaxy S 4 comes with a “‘Dual Camera” function that allows simultaneous use of both front and rear cameras, as well as a “Dual Video Call” function.