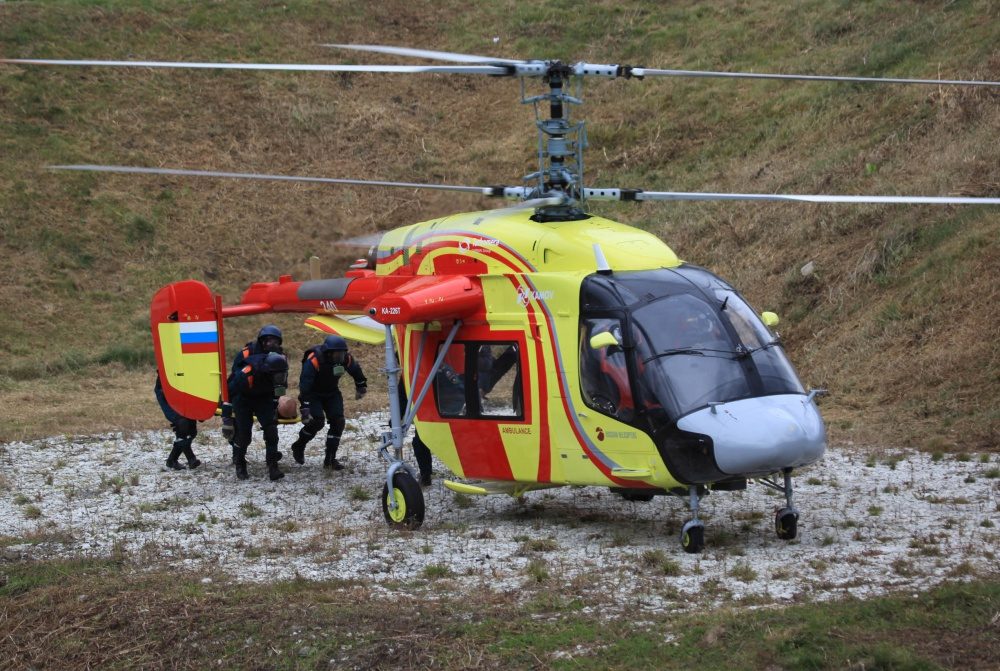 #thenewscompany :  The Russian Helicopters Holding Company (part of Rostec State Corporation) together with Iran Helicopters Support and Renewal Company (IHSRC) will test the light utility helicopter Ka-226T for its usability at extremely high temperatures.  The tests will be conducted on the Iranian company site within the framework of a memorandum signed by the parties in May 2017 at the international exhibition HeliRussia-2017. The Ka-226T has already arrived at Iran and started its first test flights.

The objective of these tests that will continue until the end of August is to prove the usability of the Ka-226T at ambient temperatures of up to +50°C.  Moreover, in early September, Russian Helicopters together with IHSRC are going to hold a conference in Iran to acquaint the potential customers with the test results, specifics of the Ka-226T operation and its competitive advantages.

“Testing of the Ka-226T in the extreme climatic conditions of Iran will make the helicopter even more attractive for the potential operators not only in this country but also throughout the Middle East. We can notice the great interest towards this helicopter in the region even now, and we hope that our cooperation with our partners from IHSRC will allow us to turn this interest into several contracts and agreements,” said AndreyBoginsky, CEO of Russian Helicopters.

The light utility helicopter Ka-226T has a coaxial twin-rotor system, its maximum takeoff weight is 3.6 t, and it is able to transport up to 1 t of payload. The main distinctive feature of the helicopter is its modular design – a transport cabin that can carry up to 6 people or modules with special equipment can be easily installed on the Ka-226T. Improved performance characteristics of the Ka-226T, its eco-friendly features, cost effectiveness, advanced avionics and additional flight safety solutions make this helicopter one of the best models in its class.

Rostec Corporation is a Russian corporation that was established in 2007 to facilitate the development, production and export of high-tech industrial products designed for civilian and military applications. The Corporation comprises over 700 organizations that are currently part of eleven holding companies operating in the military-industrial complex and three holding companies working in the civilian industry, as well as over 80 directly managed organizations. Rostec’s portfolio includes well-known brands such as AVTOVAZ, KAMAZ, Kalashnikov Concern, Russian Helicopters, VSMPO AVISMA, UralVagonZavod, etc. Rostec companies are located in 60 constituent entities of the Russian Federation and supply products to more than 70 countries. In 2016, the consolidated revenue of Rostec reached 1 trillion 266 billion rubles, while the consolidated net income and EBITDA amounted to 88 and 268 billion rubles respectively. In 2016, the average salary in the Corporation was 44,000 rubles. According to Rostec’s strategy, the main objective of the Corporation is to ensure that Russia has a technological advantage in highly competitive global markets. Rostec’s key objectives include the introduction of a new techno-economic paradigm and the digitalization of the Russian economy.

JSC Russian Helicopters (part of Rostec State Corporation), is one of the world leaders in helicopter industry, the only developer and manufacturer of helicopters in Russia. The holding company was established in 2007. The head office is located in Moscow. The holding company is comprised of five helicopter plants, two design bureaus, enterprises for production and maintenance of components, aircraft repair plants and a service company providing after-sales support in Russia and abroad. Among the buyers of the holding company’s products are Defense Ministry of Russia, Ministry of Internal Affairs of Russia, EMERCOM of Russia, and other state customers, Gazprom Avia and UTair airlines, as well as major Russian and foreign companies. In 2016, the revenue of Russian Helicopters under IFRS amounted to RUB 214.3 billion, its shipments totaled to 189 helicopters.

Google appoints VMware co-founder to board