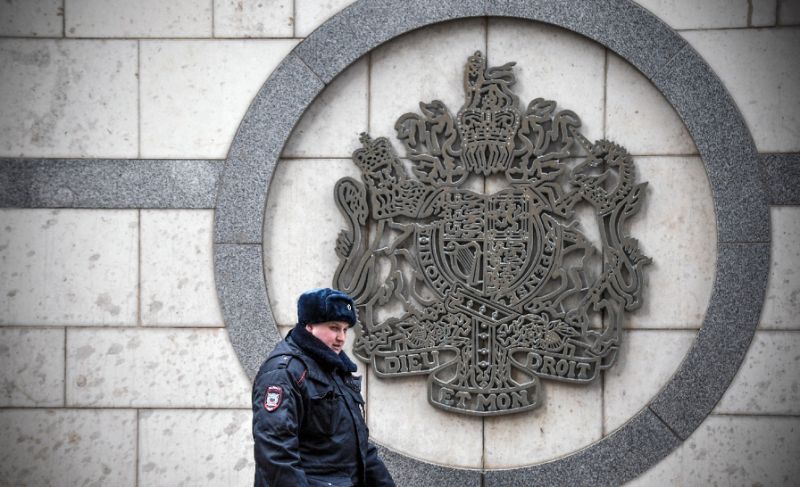 #thenewscompany – Moscow vowed Friday to hit back at Britain with its own raft of punitive measures “any minute” after the West blamed Russia directly for a nerve agent attack on a former double agent.

President Vladimir Putin’s spokesman Dmitry Peskov on Friday said Russia’s sanctions could come “any minute” even though he declined to say whether Moscow would deliver its response before Sunday’s presidential election.

“All the steps will be well thought out,” he told reporters.

In a rare joint statement, the leaders of Britain, France, Germany and the US on Thursday condemned the attack on former double agent Sergei Skripal and his daughter Yulia as an “assault on UK sovereignty”.

Moscow has vehemently denied it had a hand in the poisoning of its former spy in the cathedral city of Salisbury in early March. Britain’s key allies closed ranks against Putin after British Prime Minister Theresa May announced the expulsion of 23 Russian diplomats and suspended high-level contacts, among other measures.

Russia said earlier this week it would expel British diplomats in response to London’s move as well as adopt other measures that the Kremlin said would “most suit Moscow’s interests.”

“Of course we will,” Russian Foreign Minister Sergei Lavrov told journalists when asked whether Moscow will respond in kind.

He did not provide further details.

The crisis unravelled in the thick of a presidential election as Putin is expected to win a fourth Kremlin term on Sunday.

The president barely weighed in on the row, just telling a BBC reporter earlier this week: “Sort things out from your side and then we will discuss this with you.”

Russia insists it had no motive to target Skripal with what Britain says was a highly potent Soviet-designed nerve agent called Novichok, the first such attack in Europe since World War II.

Many Russians remain sceptical that the state was involved in an attack on British soil and some analysts didn’t rule out the involvement of common criminals or rogue agents. The official military newspaper Krasnaya Zvezda (Red Star) quoted the former head of Russia’s GRU military intelligence, Fyodor Ladygin, who denied his officers had been involved.

“We don’t care about the fate of a traitor,” said Colonel General Ladygin.

“For an intelligence officer, a traitor dies immediately — he absolutely ceases to exist in memory. For a traitor, oblivion is death.”

The attack on the Skripals revived memories of the fate of Alexander Litvinenko, a Russian dissident who died of Polonium poisoning in a 2006 attack in the UK that London blamed on Moscow.

But the leaders of Britain, France, Germany and the United States said Thursday there was “no plausible alternative explanation” for the use of the Soviet-designed nerve agent.

In a joint statement, they demanded Moscow “address all questions” related to the attack against Skripal, which they said amounted to a “breach of international law”.

Skripal moved to Britain in a 2010 spy swap and had taken his daughter, who was on a visit, out for lunch before they both collapsed on a bench in the street on March 4.

The Daily Telegraph reported late Thursday that intelligence agencies now believe the nerve agent used on the pair was planted in the daughter’s suitcase before she left Moscow.

May warned more measures could follow, noting that the US-led NATO alliance and the UN Security Council had discussed the attack, while it was also expected to be on the agenda of the European Union summit next week.

NATO Secretary General Jens Stoltenberg said Friday the alliance did not want a return to Cold War hostilities with Russia while expressing support for Britain’s stance.

He said the targeting of Skripal fit a “pattern of reckless behaviour” to which the US-led military alliance had responded, but insisted political dialogue must also continue.

NATO chief Stoltenberg said this week the attack must have “consequences” but noted that Britain had not invoked the alliance’s Article 5 mutual defence clause.

Tags: Russia vows to respond to Britain over spy attack 'any minute'