Russia unveils ‘Satan 2’ missile, could wipe out France or Texas 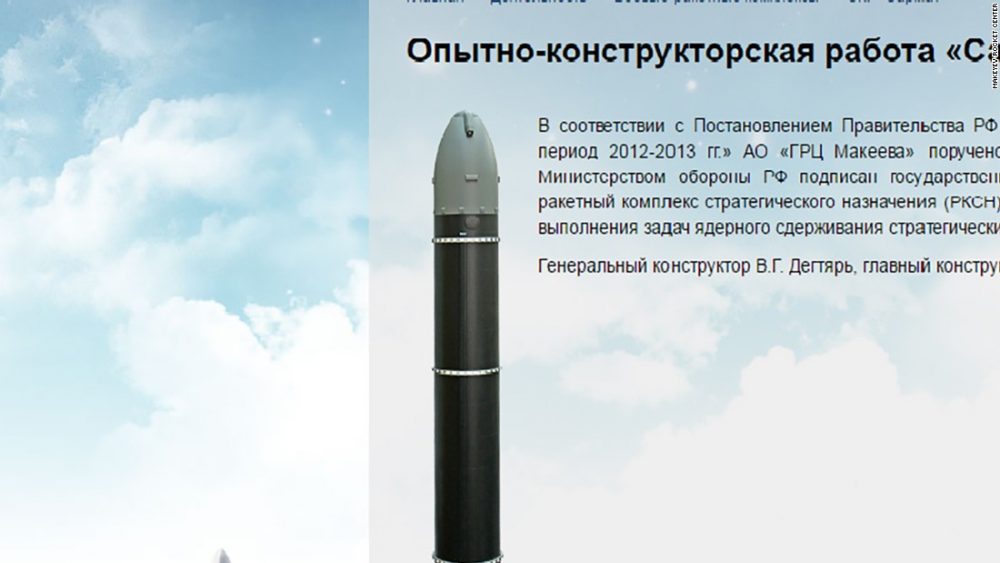 The RS-28 Sarmat rocket “is capable of wiping out parts of the earth the size of Texas or France,” Russian state news outlet Sputnik reported in May. The image was published by the Makeyev Rocket Design Bureau on its website. Russian Deputy Defense Minister Yuri Borsiov said the Sarmat warhead was capable of destroying targets flying across both North and South Poles, Russian state news agency TASS reported Tuesday. 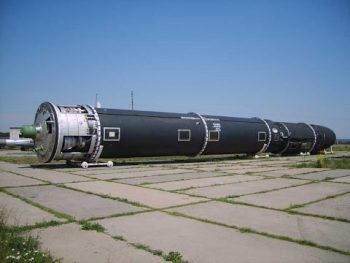 and is designed as a successor to the R-36M Voyevoda. According to a statement posted on the maker’s website, “the Sarmat is designed to provide strategic Russian forces with a guaranteed and effective fulfillment of nuclear deterrence tasks” and is being co-developed with the Russian military.

The Makeyev Rocket Design Bureau’s website describes it as “one of largest research and design centers in Russia for the development of rocket and space technology.”

NATO has been bolstering its defenses in countries along the Russian border amid growing concerns about Moscow’s military direction. NATO defense ministers are currently meeting in Brussels to discuss the situation, as well as the fight against ISIS. Earlier this month, Moscow announced that it was suspending an arms reduction agreement with the US in which both countries agreed to dispose of 34 tons of plutonium, enough for thousands of nuclear bombs, over what it called Washington’s “unfriendly actions” toward Russia, TASS reported.

Thuraya Partners with T-Mobile to Launch Roaming Service in USA