BREAKING NEWS
Home Common Russia Says It Will Retaliate If U.S. Stations Weapons On Its Borders

Russia Says It Will Retaliate If U.S. Stations Weapons On Its Borders 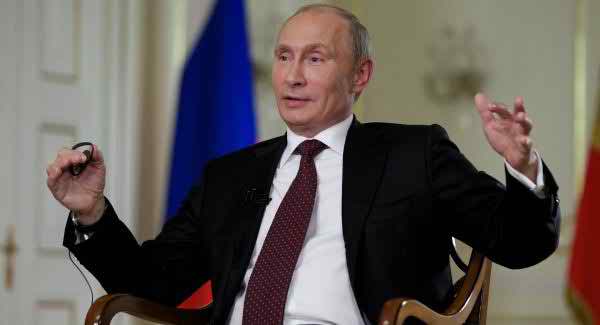 * Plan is “most aggressive step” since Cold War: Russian official

e-News® | The PRESS…MOSCOW/WARSAW, June 15 :  A plan by Washington to station tanks and heavy weapons in NATO states on Russia’s border would be the most aggressive U.S. act since the Cold War, and Moscow would retaliate by beefing up its own forces, a Russian defense official said on Monday.

The United States is offering to store military equipment on allies’ territory in eastern Europe, a proposal aimed at reassuring governments worried that after the conflict in Ukraine, they could be the Kremlin’s next target. Poland and the Baltic states, where officials say privately they have been frustrated the NATO alliance has not taken more decisive steps to deter Russia, welcomed the decision by Washington to take the lead. But others in the region were more cautious, fearing their countries could be caught in the middle of a new arms race between Russia and the United States.

“If heavy U.S. military equipment, including tanks, artillery batteries and other equipment really does turn up in countries in eastern Europe and the Baltics, that will be the most aggressive step by the Pentagon and NATO since the Cold War,” Russian defense ministry official General Yuri Yakubov said.

“Russia will have no option but to build up its forces and resources on the Western strategic front,” Interfax news agency quoted him as saying.

He said the Russian response was likely to include speeding up the deployment of Iskander missiles to Kaliningrad, a Russian exclave bordered by Poland and Lithuania, and beefing up Russian forces in ex-Soviet Belarus. “Our hands are completely free to organize retaliatory steps to strengthen our Western frontiers,” Yakubov said. Kremlin spokesman Dmitry Peskov declined to comment on the Pentagon plan, citing the lack of any official announcements from the U.S. government.

U.S. officials said their proposal envisages storing a company’s worth of equipment, enough for 150 soldiers, in each of the three Baltic nations: Lithuania, Latvia and Estonia. Enough equipment for a company or possibly a battalion, or about 750 soldiers, would also be located in Poland, Romania, Bulgaria and possibly Hungary. The idea was that, in the event of an attack on NATO’s eastern border, the United States could quickly fly in troops who would use the equipment, cutting out the weeks or months it would take to transport convoys of gear overland across Europe.

However, the U.S. proposal could cause tensions within NATO, an alliance that often struggles to accommodate more hawkish members such as Poland or Lithuania alongside other states that want to avoid a military stand-off with Russia at any cost. Speaking after talks in Warsaw with the U.S. Secretary of the Navy, Ray Mabus, Polish Defense Minister Tomasz Siemoniak said he expected a final U.S. decision on the equipment within a few weeks.

“They know how important this is to us, because we want to build a permanent U.S. presence, the allied army here on the Polish territory,” Siemoniak told reporters.

“It seems to me that such enterprises, that is equipment warehouses, are a very crucial step when it comes to building such a presence.” A spokesman for Lithuania’s foreign ministry, Kestutis Vaskelevicius, said any increased NATO presence was intended to improve the security of the Baltic states. “(It) is not directed against anyone, and it does not threaten anyone,” he said.

Since Russia’s annexation of Ukraine’s Crimea Peninsula and a rebellion by Moscow-backed separatists in eastern Ukraine, Poland and the Baltic states – countries with a history of Russian occupation – have pushed NATO for a muscular response. But proposals for a permanent NATO combat presence in eastern Europe were blocked by Germany and some other alliance members. Instead, NATO intensified exercises, rotating troops through the region and set up a command headquarters for a rapid reaction force in north-west Poland. Sources close to the government in Poland, and other states in the region, said that response persuaded them they could not fully rely on NATO, and that their best bet in the event of an attack was that the U.S. military would come to their aid.

At a NATO summit in Wales last year, agreement was reached on “pre-positioning” military equipment in eastern Europe, but the Pentagon’s plan appeared to go further and faster than measures envisaged by the alliance. The initiative could force some former Warsaw Pact countries now in NATO to make uncomfortable choices. Bulgaria and Hungary both say they are committed members of the alliance, but they have maintained close cultural and commercial ties to Moscow, and may not want to jeopardize those links by storing U.S. military equipment on their soil. Rosen Plevneliev, the Bulgarian President, said it was too early to say if his country would join the Pentagon’s initiative.

“At the current moment there is no proposal whatsoever to the Bulgarian government upon which we can start discussions,” he said.