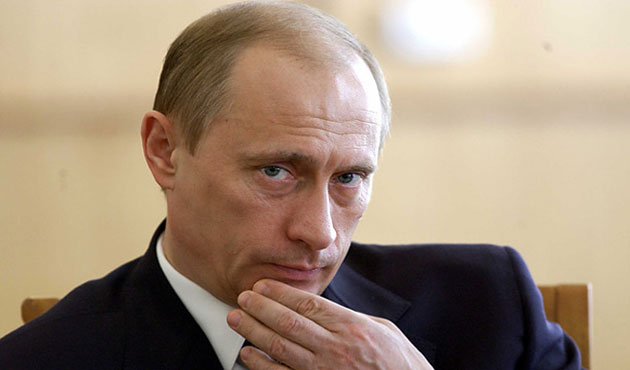 “I believe this is an unconstructive position,” Putin said on a visit to the Central Asian nation of Kazakhstan. “I don’t quite understand how our American partners can criticise Russia’s actions in Syria in the fight against international terrorism if they refuse to hold direct dialogue even in such an important area as political settlement.”

“What apparently lies at the heart of the weakness of the American position is a lack of any kind of agenda,” Putin said in televised remarks. “It looks like they have nothing to talk about.” “Nevertheless, we are keeping our doors open and very much hope for dialogue with all the participants of this complicated process, including with our American partners.”

Earlier this week Putin said he was willing to send a high-profile delegation to the United States led by Prime Minister Dmitry Medvedev. He also accused Washington of seeming not to know what its goals were in Syria. “I believe some of our partners simply have mush for brains,” Putin said in those earlier remarks. Foreign Minister Sergei Lavrov on Thursday said Washington had declined to host a delegation from Russia and also refused to send its own mission to Moscow. But Washington said it was not interested in having any talks while Moscow keeps bombing Western-backed moderate rebels in Syria under cover of its fight against Islamic State jihadists.

“We’ve said that we’re not interested in doing that as long as Russia is not willing to make a constructive contribution to our counter-ISIL effort,” White House spokesman Josh Earnest said on Wednesday. “Russia has their own agenda, and it’s an agenda right now that they’re pursuing on their own,” he said.

Putin at the weekend said that the goal of Moscow’s air campaign was to “stabilise the legitimate authorities”, while Washington has repeatedly said Syria’s embattled leader Bashar al-Assad should go.