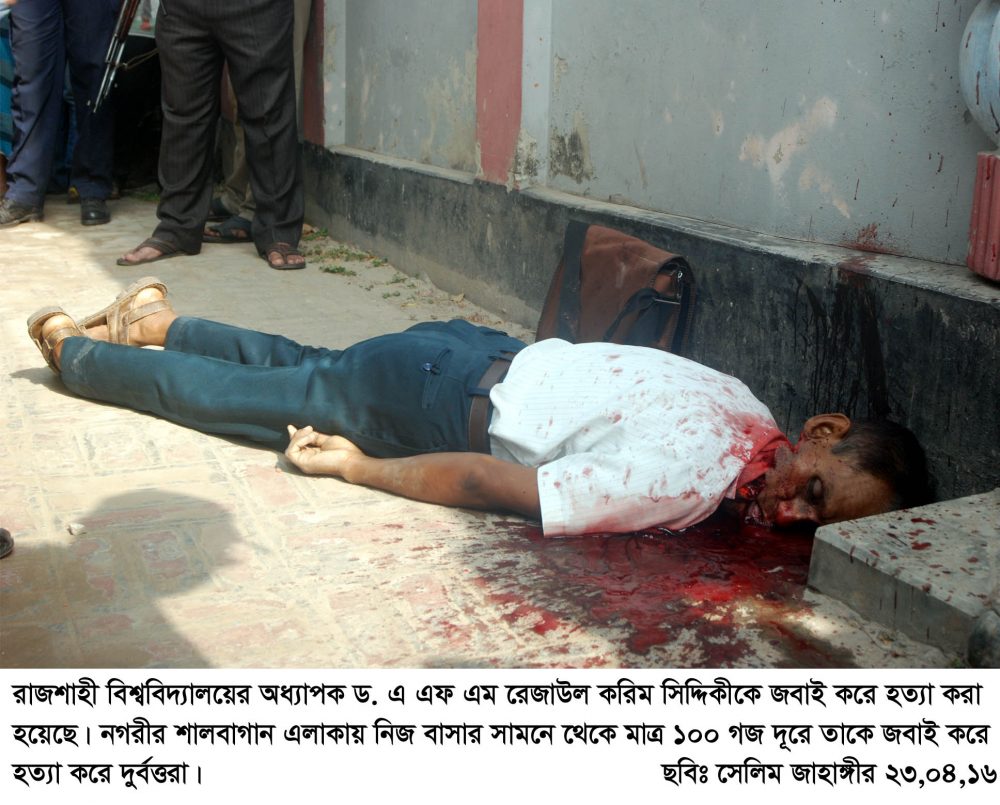 #thenewscompany – An English professor on way to his university in northwestern Bangladesh was today hacked to death by ISIS militants near his home, the latest in a series of brutal attacks on bloggers, intellectuals and activists by the dreaded group in the Muslim-majority country.

Rajshahi University professor AFM Rezaul Karim Siddiquee, 58, was attacked by motorbike-borne assailants within 50 metres of his residence in Rajshahi city as the militants slit his throat using sharp weapons and left him to die, police said.

“The miscreants attacked him from behind with machetes as he walked to the university campus from his home around 7.30 AM,” local police station in-charge Shahdat Hossain told #thenewscompany. 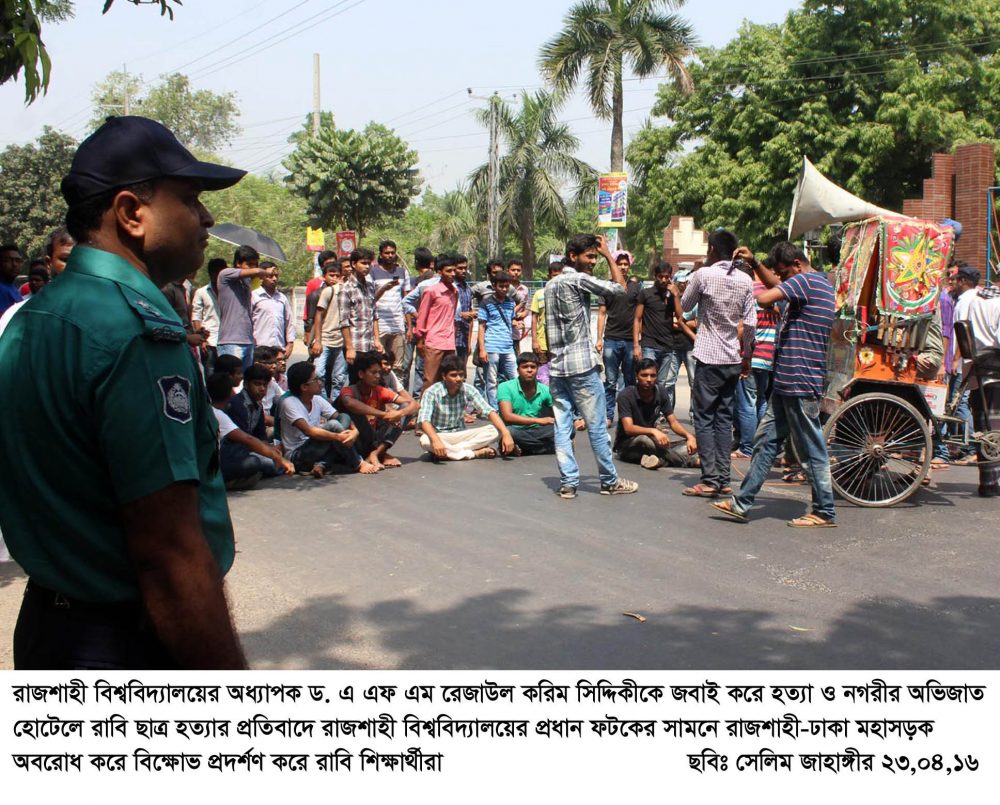 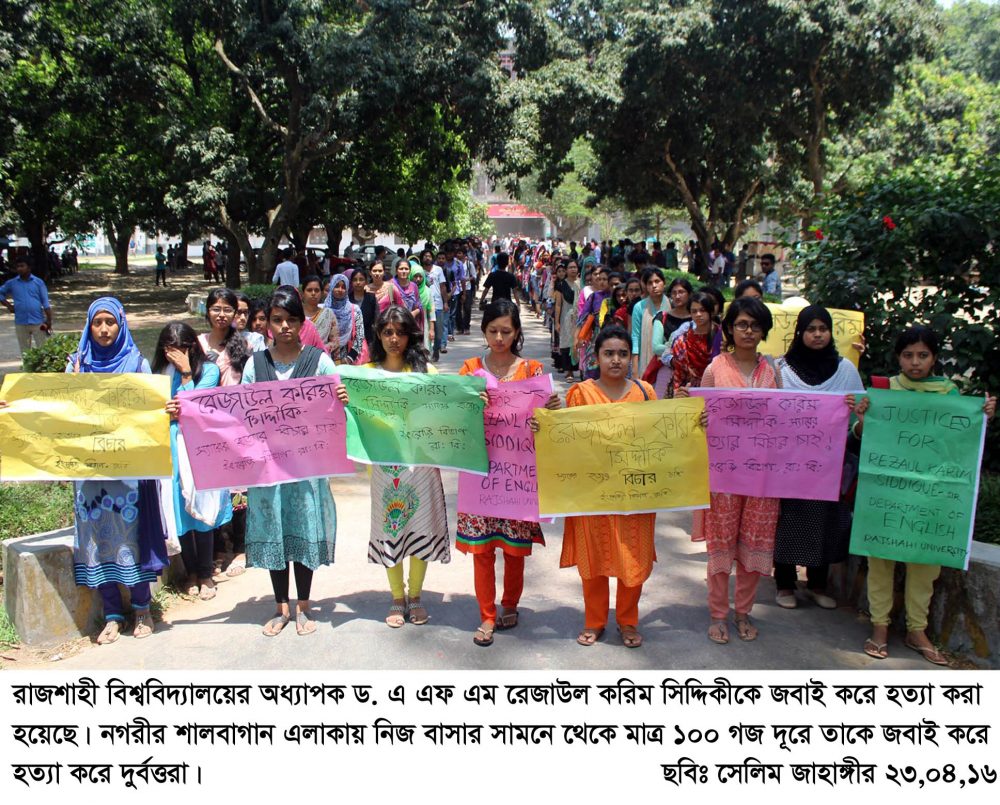 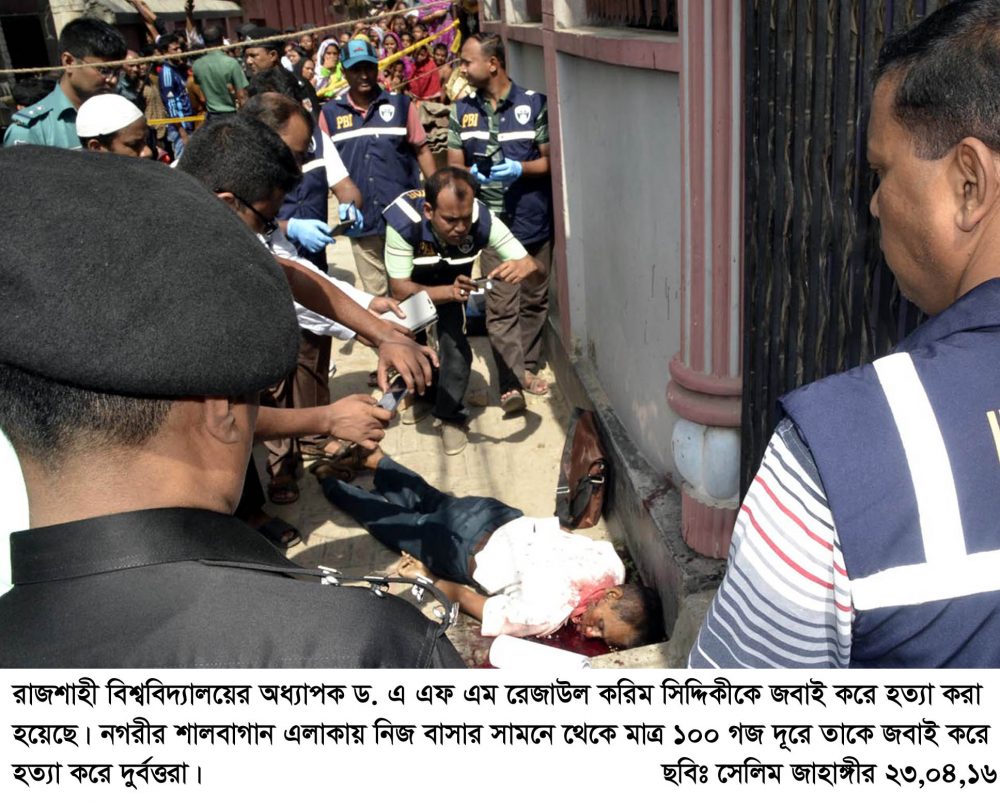 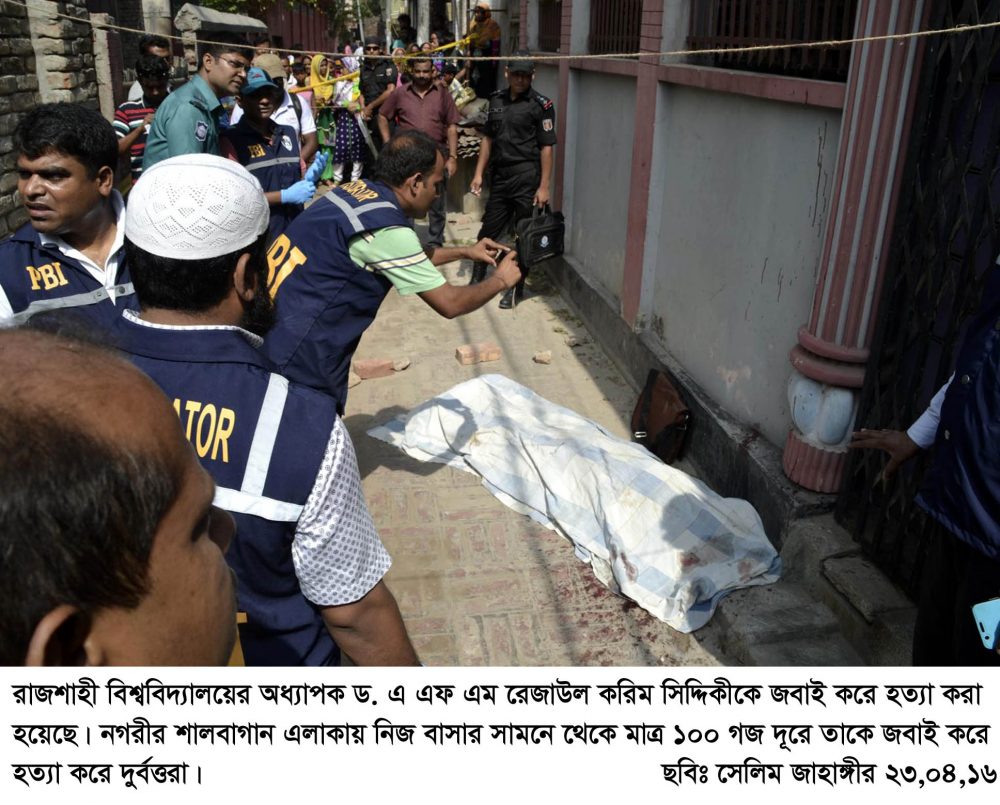 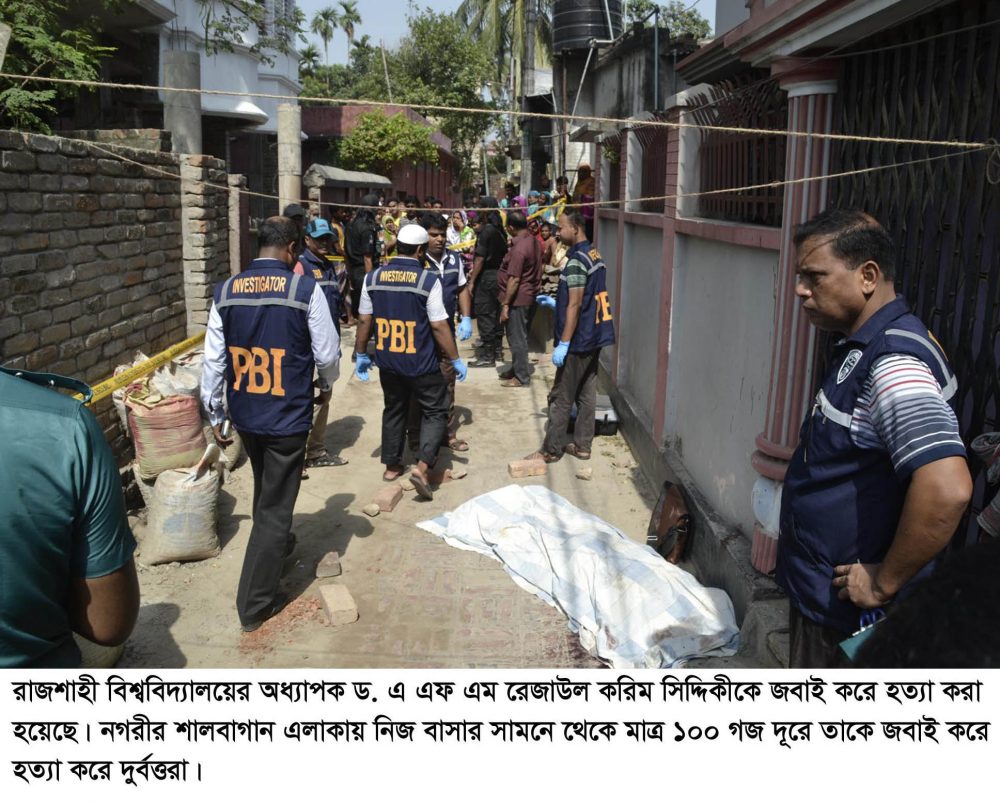 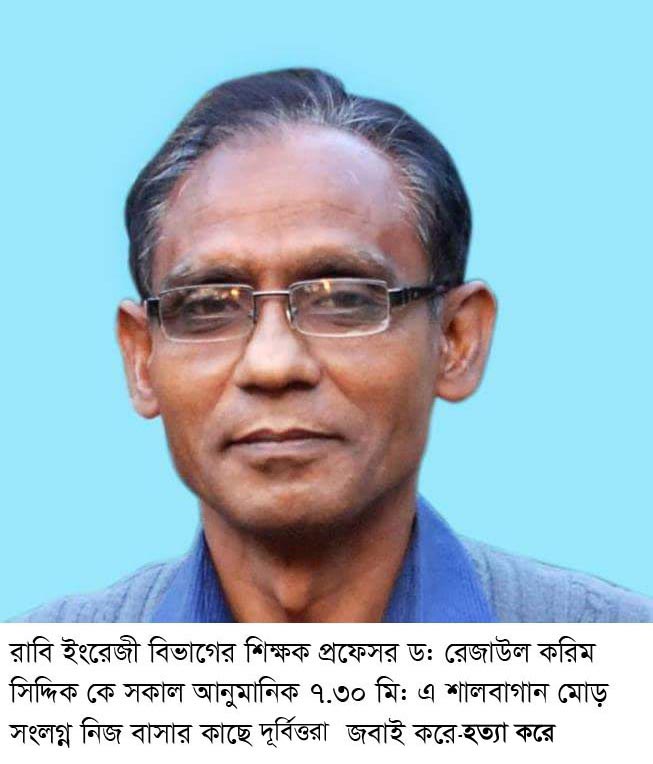 He said the Professor of English literature died instantly and the assailants fled the scene after his death. Eyewitnesses said Siddiquee’s body was found lying face down in a pool of blood, and a local media report quoted one of them as saying that she saw two persons leaving on a motorbike from the spot. US-based private SITE Intelligence Group said the Islamic State has claimed the killing.

“ISIS’ Amaq Agency reported the group’s responsibility for killing Rajshahi University professor Rezaul Karim for “calling to atheism” in Bangladesh,” it said in a tweet.

Earlier, Rajshahi’s police commissioner Mohammad Shamsuddin told reporters at the scene that the “technique of the murder suggested it could be an act of Islamist terrorists.”

The professor’s neck was hacked at least three times and was 70-80 per cent slit, he said, adding that the nature of the attack shows it was carried out by extremist groups.

An investigation into the killing is on.

Meanwhile, angry students and teachers of the university rallied in the campus demanding immediate arrest of culprits. Siddiquee’s colleagues said he was involved in cultural activities in the campus and used to play flute and sitar.

“He was not known for affiliation for any political party… He had a progressive outlook that might have earned him the wrath of reactionary (Islamist) forces,” professor of mass communication department of the university Dulal Chandra Biswas told  #thenewscompany.

Biswas said he believed the Islamists murdered Siddiquee to prove their existence in view of a massive anti-militant security clampdown in the region. .

PanamaPapers breaks the Internet with revelations of global corruption

Japan plans to have new emperor in 2019