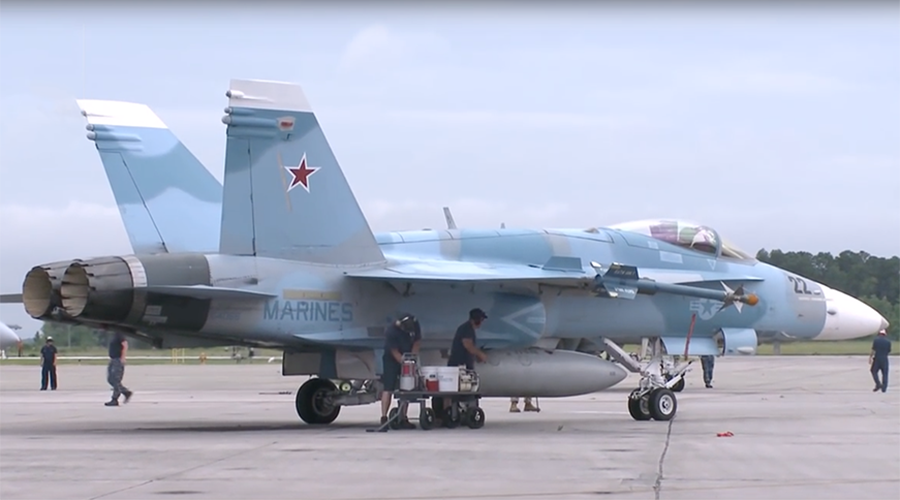 #thenewscompany : Photos showing US jets being painted Russian colors have triggered debates and conspiracy theories online, with many saying Washington plans to conduct false flag attacks in Syria and blame them on Moscow. The pictures of the US jets were posted by a Canadian journalist last week on his Twitter account. Although the journalist noted that painting fighter jets in the colors of potential adversaries is standard practice, they caused a stir among conspiracy theorists.

Many of them accused the US of preparing a false flag attack aimed at framing Russia in Syria. The publication of the images fell on fertile ground. Relations between Russia and the US over the Syria conflict are at an all-time low, with both countries exchanging threats and warnings with each other over their involvement in Syria. 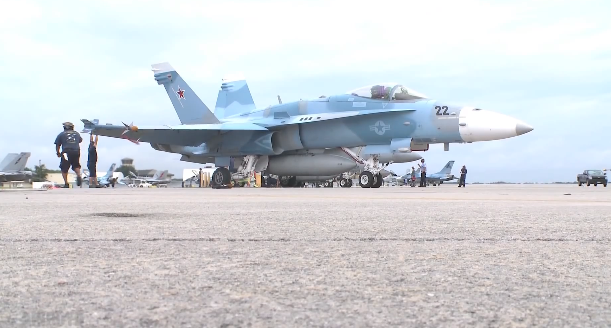 The US and other militaries are known for using aggressor squadrons, which act as opposing forces in military war games. In addition to being painted in an adversary’s colors, they also use enemy tactics to provide realistic simulations of air combat.