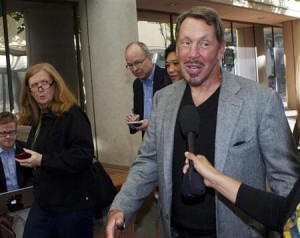 A U.S. judge scheduled a trial between Oracle Corp and Google Inc for April 16, 2012, over claims Google violated Oracle’s intellectual property rights relating to the Java programming language, according to a ruling on Tuesday.

The trial is set to take place in a San Francisco federal court.

In addition to those patent claims, Oracle also leveled copyright infringement claims against Google. Oracle acquired the Java programming language through its purchase of Sun Microsystems in 2010.

Oracle agreed to withdraw several claims after the patents were struck down by the U.S. Patent and Trademark Office. However, two patents remain in the lawsuit, U.S. District Judge William Alsup wrote on Tuesday.

Combined with the copyright claims, Oracle’s damages could still run into the hundreds of millions of dollars.

“These patent and copyright claims are without merit, and we look forward to defending against them at trial,” Google spokesman Jim Prosser said.

In his order, Alsup wrote the trial is expected to last eight weeks.