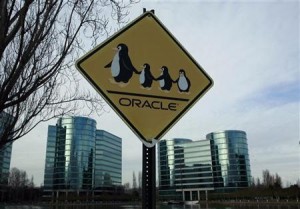 A female employee of computer giant Oracle’s Singapore unit was on Tuesday named in a sex-for-favors corruption case involving the former head of the city-state’s anti-narcotics agency.

Ng also faces two other charges of obtaining sexual gratification from the same individual when she was an employee of Hitachi Data Systems Pte Ltd (HDS), according to court documents seen by Reuters.

“Any alleged inappropriate behavior attributed to our former employee during her time at HDS was undertaken without the knowledge of, or being condoned by, anyone at HDS,” a Hitachi spokeswoman said in an emailed statement to Reuters.

Ng is currently out on bail.

The charges against Ng come one week after the former head of Singapore’s civil defense force Peter Lim was charged with accepting sex for favors.

Lim faces 10 charges and his case involved three different women working for IT firms in the city-state.