Obama to Call for End to N.S.A.’s Bulk Data Collection 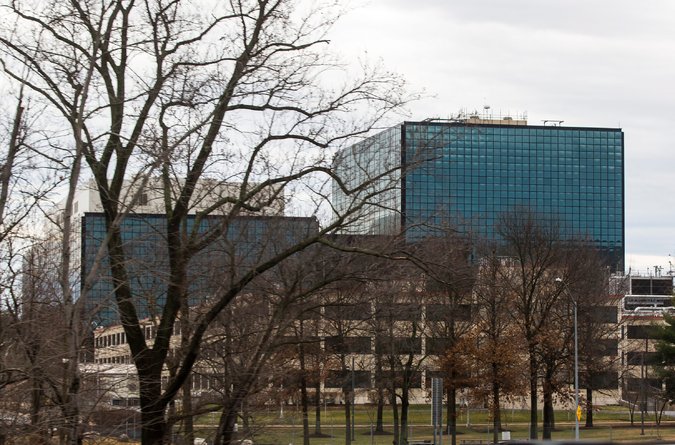 WASHINGTON — The Obama administration is preparing to unveil a legislative proposal for a far-reaching overhaul of the National Security Agency’s once-secret bulk phone records program in a way that — if approved by Congress — would end the aspect that has most alarmed privacy advocates since its existence was leaked last year, according to senior administration officials.

Under the proposal, they said, the N.S.A. would end its systematic collection of data about Americans’ calling habits. The bulk records would stay in the hands of phone companies, which would not be required to retain the data for any longer than they normally would. And the N.S.A. could obtain specific records only with permission from a judge, using a new kind of court order.

In a speech in January, President Obama said he wanted to get the N.S.A. out of the business of collecting call records in bulk while preserving the program’s abilities. He acknowledged, however, that there was no easy way to do so, and had instructed Justice Department and intelligence officials to come up with a plan by March 28 — Friday — when the current court order authorizing the program expires.

The new type of surveillance court orders envisioned by the administration would require phone companies to swiftly provide records in a technologically compatible data format, including making available, on a continuing basis, data about any new calls placed or received after the order is received, the officials said.

They would also allow the government to swiftly seek related records for callers up to two phone calls, or “hops,” removed from the number that has come under suspicion, even if those callers are customers of other companies.

The N.S.A. now retains the phone data for five years. But the administration considered and rejected imposing a mandate on phone companies that they hold on to their customers’ calling records for a period longer than the 18 months that federal regulations already generally require — a burden that the companies had resisted shouldering and that was seen as a major obstacle to keeping the data in their hands. A senior administration official said that intelligence agencies had concluded that the operational impact of that change would be small because older data is less important.

The N.S.A. uses the once-secret call records program — sometimes known as the 215 program, after Section 215 of the Patriot Act — to analyze links between callers in an effort to identify hidden terrorist associates, if they exist. It was part of the secret surveillance program that President George W. Bush unilaterally put in place after the terrorist attacks of Sept. 11, 2001, outside of any legal framework or court oversight.

In 2006, as part of a broader Bush administration effort to put its programs on a firmer legal footing, the Justice Department persuaded the surveillance court to begin authorizing the program. It claimed that Section 215, which allows the F.B.I. to obtain court orders for business records deemed “relevant” to an investigation, could be interpreted as allowing the N.S.A. to systematically collect domestic calling records in bulk.

Marc Rotenberg, the executive director of the Electronic Privacy Information Center, called the administration’s proposal a “sensible outcome, given that the 215 program likely exceeded current legal authority and has not proved to be effective.” While he said that he would like to see more overhauls to other surveillance authorities, he said the proposal was “significant” and addressed the major concerns with the N.S.A.’s bulk records program.

Jameel Jaffer of the American Civil Liberties Union said, “We have many questions about the details, but we agree with the administration that the N.S.A.’s bulk collection of call records should end.” He added, “As we’ve argued since the program was disclosed, the government can track suspected terrorists without placing millions of people under permanent surveillance.”

The administration’s proposal will join a jumble of bills in Congress ranging from proposals that would authorize the current program with only minor adjustments, to proposals to end it.

In recent days, attention in Congress has shifted to legislation developed by leaders of the House Intelligence Committee. That bill, according to people familiar with a draft proposal, would have the court issue an overarching order authorizing the program, but allow the N.S.A. to issue subpoenas for specific phone records without prior judicial approval.

The Obama administration proposal, by contrast, would retain a judicial role in determining whether the standard of suspicion was met for a particular phone number before the N.S.A. could obtain associated records.

The administration’s proposal would also include a provision clarifying whether Section 215 of the Patriot Act, due to expire next year unless Congress reauthorizes it, may in the future be legitimately interpreted as allowing bulk data collection of telephone data.

The proposal would not, however, affect other forms of bulk collection under the same provision. The C.I.A., for example, has obtained orders for bulk collection of records about international money transfers handled by companies like Western Union.

The existence of the N.S.A. program was disclosed and then declassified last year following leaks by Edward J. Snowden, the former N.S.A. contractor. The disclosure set off a controversy that scrambled the usual partisan lines in Congress.

The government has been unable to point to any thwarted terrorist attacks that would have been carried out if the program had not existed, but has argued that it is a useful tool.

A review group appointed by Mr. Obama and an independent federal privacy watchdog both called for major changes to the program; the latter also concluded that the bulk collection is illegal, rejecting the government’s Patriot Act interpretation.

In January, Mr. Obama narrowed how far out from suspects N.S.A. analysts could go in analyzing calling records, reducing the limit to two steps from three. He also began requiring N.S.A. analysts to obtain court approval before using a phone number to make queries of the database.

Bangabandhu Satellite to be launched on Dec 16, 2017: Tarana