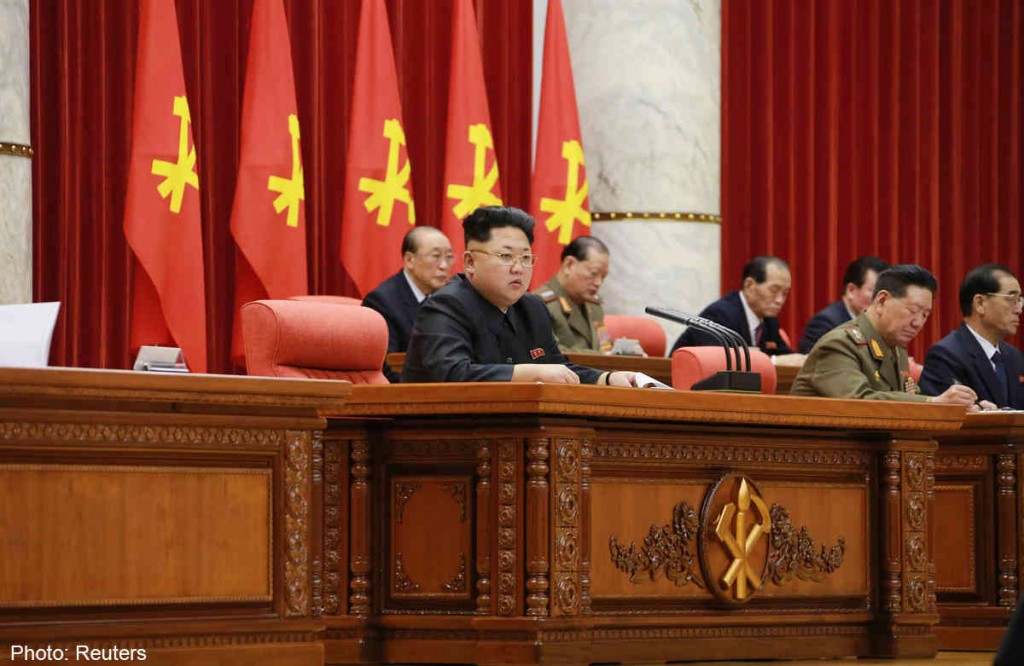 e-News® | The NEWS Company…SEOUL, March 20, 2015 :  North Korea announced Friday it will convene a rare parliamentary session next month, which analysts said would likely rubber-stamp policies outlined by leader Kim Jong-Un in a bid to resolve chronic food shortages in the country.

“The 3rd session of the 13th Supreme People’s Assembly of the DPRK (North Korea) will be convened in Pyongyang on April 9,” state-run Korean Central News Agency (KCNA) said. It gave no other details, including on the session’s agenda.

The Supreme People’s Assembly (SPA) meets only once or twice a year, mostly for day-long sessions to rubber-stamp budgets or other decisions made by the ruling communist party. In a closely-watched New Year speech, leader Kim Jong-Un called for renovations in agriculture, fisheries and livestock industries aimed at improving people’s living standards and resolving the country’s chronic food shortages. He also urged managerial reform in state-run businesses to allow them to operate on their own initiative and with greater spontaneity.

“SPA is likely to pass laws and approve policies aimed at supporting goals set forth by Kim Jong-Un in his New Year speech,” Professor Yang Moo-Jin of the University of North Korean Studies told AFP. “There might also be personnel changes,” Yang said. In particular, Yang said it would be worth watching to see whether the current government cabinet — headed by Prime Minister Pak Pong-Ju — will remain in place, and whether the North’s nominal head of state Kim Yong-Nam, who heads the SPA but who is well advanced in age, will keep his post. Kim Jong-Un was a no-show at the last SPA session in September 2014.

The North’s state media said afterwards that he had been suffering “discomfort” during a three-week absence from the public eye. Video footage showed him walking with a limp and a cane for several weeks last year. The current SPA was elected in March last year. Kim, who took over after the death of his father Kim Jong-Il in 2011, was elected to the body by a 100 percent, no-abstentions poll victory in the country’s stage-managed parliamentary elections.

North Korea says it will press ahead with its policy of simultaneously pursuing both nuclear and economic development in order to fend off what it claims are attempts by the United States to topple its regime.

Bangabandhu-1 satellite to be launched in Dec : Tarana