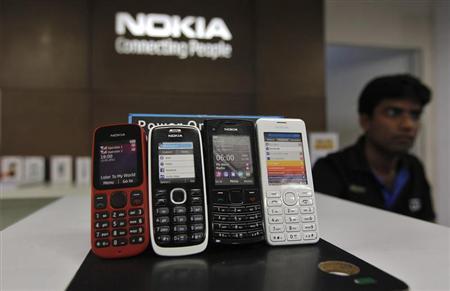 Mobile phone maker Nokia Oyj has played down a multi-billion rupee tax demand from India, saying it did not have to pay any part of the demand for now and would continue to fight the claim.

The tax order, if enforced, would add to pressure on Nokia’s finances which are already being strained by falling sales. The company axed its annual dividend payment for the first time in its history to shore up its cash position.

“Nokia reiterates its position is that it is in full compliance with local laws as well as the bilaterally negotiated tax treaty between the governments of India and Finland and will defend itself vigorously,” the company said in a statement.

Nokia has seen a rapid dwindling of its cash reserves and ended 2012 with net cash of 4.4 billion euros ($5.6 billion), down 22 percent from a year earlier.

It was not clear how long the stay on the tax demand would remain in force.

The order from the Indian tax officials covered five fiscal years starting from 2006/07, according to a March 22 notice on an Indian court’s website.

The demand comes as Asia’s third-largest economy is aggressively pursuing tax claims against foreign companies as it seeks to rein in its budget deficit to avoid a credit rating downgrade.

Last month, a government official said tax authorities had accused Cadbury Plc, now part of U.S. snacks firm Mondelez International Inc, of misleading them about production from a new factory to avoid about $46 million in taxes.

Royal Dutch Shell Plc, Vodafone Group Plc and LG Electronics Inc are also among companies involved in tax disputes in India and have challenged the orders.

Nokia said it filed a writ before the Delhi High Court petitioning against the order. The court has asked the tax department to file a “counter-affidavit” within one week.

A lawyer for Nokia India assured the court that the company would not move any funds outside India, except in the normal course of business, until the date of the next court hearing, the court document showed.

Countries like India are crucial for Nokia’s attempt to hold on to global market share after giving up its spot as market leader to Samsung. It has been expanding its Asha line of low-end smartphones and India is widely seen as a key market for such cheaper models.

The company last month objected to tax officials entering its factory in Chennai in southern India, which is one of its biggest facilities. Nokia said it has invested over $330 million in Chennai since setting up the factory in 2006.