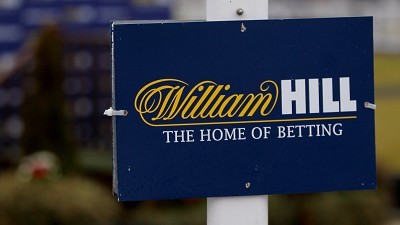 The boom in mobile phone betting has helped bookmaker William Hill post a 13% rise in profits after an “outstanding” performance from its online arm.

Favourable results at key events such as the Grand National and the Cheltenham Festival also helped revenues climb 11% to £627.8 million and pre-tax profits reach £143.3 million in the six months to June 30.

Bets during Euro 2012 were up 61% compared with four years earlier but results on the pitch did not favour the bookie until the semi-final stage.

William Hill’s retail estate, which comprises around 2,370 shops and accounts for about a quarter of the market, saw a 1% rise in amounts wagered, despite 9% fewer horse racing fixtures due to weather-related cancellations.

Operating profits from the retail business, which continued to grow following the addition of a net four shops in the period, lifted 6% to £109.8 million.

But the biggest growth came from the online business, with profits up 23% to £68.9 million after a 30% jump in revenues.

During the period, wagers through mobile devices accounted for 22% of all sports betting online and 11% of gaming revenues, with the launch of an iPhone app helping deliver more than 40,000 new customers to William Hill.

The results were ahead of estimates and prompted shares to rise by about 5% as analysts increased their forecasts for full-year earnings.

The Euro 2012 tournament yielded a total gross win for the bookmaker of £3.6 million in the results, but when including Italy’s win over Germany at the start of the second half-year the figure improved to £10.2 million.