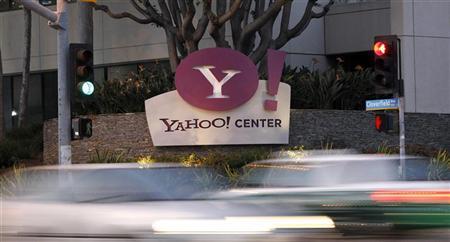 Microsoft Corp has signed a confidentiality agreement with Yahoo Inc, allowing the software giant to take a closer look at Yahoo’s business, according to a source familiar with the matter.

Microsoft joins several private equity firms that are also poring over Yahoo’s books and operations, as they explore various options for striking a deal with the struggling Internet company.

Yahoo, which fired its chief executive in September, is undergoing a “strategic review,” to revamp its business and its stagnant revenue growth.

Private equity firms KKR and TPG Capital have also signed confidentiality agreements with Yahoo, people familiar with the matter previously told Reuters. The firms are looking to potentially buy minority stakes in Yahoo of up to 20 percent, with an eye toward eventually taking over the whole company, the people said.

Silver Lake, another private equity firm, has also signed an nondisclosure agreement with Yahoo, according to the technology blog AllThingsD.

Some private equity firms have balked at signing Yahoo’s NDA because of restrictions that would prevent them from forming consortiums, people familiar with the matter told Reuters.

Reuters reported last month that Microsoft, which has a cash pile of $57 billion, was considering a joint bid for Yahoo.

Microsoft’s signing of a nondisclosure agreement with Yahoo occurred “recently,” according to the source. The confidentiality agreement between the two companies was earlier reported by the New York Times on Wednesday.

Microsoft last tried buying Yahoo in 2008, offering to pay as much as $47.5 billion, or $33 per share. But Yahoo rebuffed the offer.

After that failed bid, Microsoft struck a 10-year search deal with Yahoo in 2009, that allows Microsoft’s technology to power Yahoo’s search results and gives Microsoft a 12 percent cut of advertising revenue on Yahoo.

Your Webcam Can Read Your ID Card To Verify Your Identity