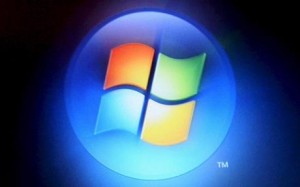 Microsoft is trying to lift its stock price by boosting its dividend by 25%, the largest increase since the world’s largest software maker started the quarterly payments seven years ago.

It is the sixth time Microsoft has raised its dividend since it introduced an eight cents-per share payment to shareholders in 2004.

The decision to start paying a regular quarterly dividend signalled that Microsoft’s board of directors realised the company’s growth rate by itself would no longer be enough to attract investors.

That was not the case during Microsoft’s first 14 years as public company as its Windows operating system and other products became personal computer staples. From Microsoft’s stock market debut in 1986 to the peak of the dot-com boom in early 2000, the company’s shares rose by about 500-fold.

That allowed Microsoft to hold on to its cash instead of using it to entice investors to its stock.

But things have changed. The rise of the internet and the advent of mobile phones and computer tablets have made Microsoft’s products look less essential, and given rise to concerns that the company might be heading toward technological obsolescence.

Microsoft has been trying to change that perception by pouring billions into its Bing search engine in an effort to counter Google’s dominance.

More recently, it has been focusing on a sweeping overhaul of its Windows operating system so it can run on touch-screen tablets as well as traditional PCs. The redesigned system, Windows 8, is expected to go on sale next year.

Microsoft’s stock is stuck at roughly the same level it was five years ago while Google shares have risen 27% and Apple shares have surged to a more than five-fold increase.

Facebook says it was a target of sophisticated hacking