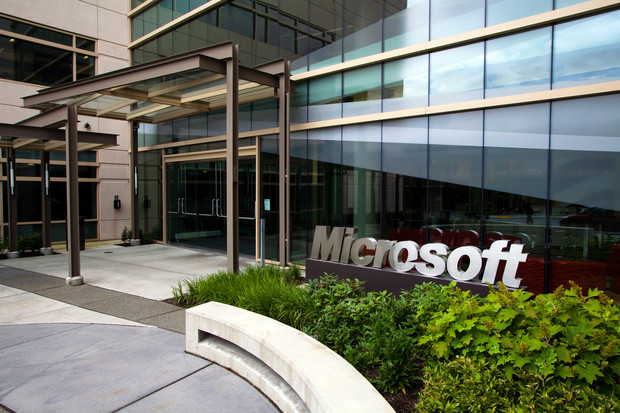 Software makers Microsoft Corp and Symantec Corp said they disrupted a global cyber crime operation by shutting down servers that controlled hundreds of thousands of PCs without the knowledge of their users.

The move made it temporarily impossible for infected PCs around the world to search the web, though the companies offered free tools to clean machines through messages that were automatically pushed out to infected computers.

Technicians working on behalf of both companies raided data centers in Weehawken, New Jersey, and Manassas, Virginia, on Wednesday, accompanied by U.S. federal marshals, under an order issued by the U.S. District Court in Alexandria, Virginia.

They seized control of one server at the New Jersey facility and persuaded the operators of the Virginia data center to take down a server at their parent company in the Netherlands, according to Richard Boscovich, assistant general counsel with Microsoft’s Digital Crimes Unit.

Boscovich told Reuters that he had “a high degree of confidence” that the operation had succeeded in bringing down the cyber crime operation, known as the Bamital botnet.

“We think we got everything, but time will tell,” he said.

The servers that were pulled off line on Wednesday had been used to communicate with what Microsoft and Symantec estimate are between 300,000 and 1 million PCs currently infected with malicious software that enslaved them into the botnet.

Now that the servers have been shut down, users of infected PCs will be directed to a site informing them that their machines are infected with malicious software when they attempt to search the web.

Microsoft and Symantec are offering them free tools to fix their PCs and restore access to web searches via messages automatically pushed out to victims.

The messages warn: “You have reached this website because your computer is very likely to be infected by malware that redirects the results of your search queries. You will receive this notification until you remove the malware from your computer.”

It was the sixth time that Microsoft has obtained a court order to disrupt a botnet since 2010. Previous operations have targeted bigger botnets, but this is the first where infected users have received warnings and free tools to clean up their machines.

Microsoft runs a Digital Crimes Unit out of its Redmond, Washington, headquarters that is staffed by 11 attorneys, investigators and other staff who work to help law enforcement fight financial crimes and exploitation of children over the web.

Symantec approached Microsoft about a year ago, asking the maker of Windows software to collaborate in trying to take down the Bamital operation. Last week they sought a court order to seize the Bamital servers.

The two companies said they conservatively estimate that the Bamital botnet generated at least $1 million a year in profits for the organizers of the operation. They said they will learn more about the size of the operation after they analyze information from infected machines that check in to the domains once controlled by Bamital’s servers.

Their complaint identified 18 “John Doe” ringleaders, scattered from Russia and Romania to Britain, the United States and Australia, who registered websites and rented servers used in the operation under fictitious names. The complaint was filed last week with a federal court in Alexandria and unsealed on Wednesday.

The complaint alleges that the ringleaders made money through a scheme known as “click fraud” in which criminals get cash from advertisers who pay websites commissions when their users click on ads.

Bamital redirected search results from Google, Yahoo and Microsoft’s Bing search engines to sites with which the authors of the botnet have financial relationships, according to the complaint.

The complaint also charges that Bamital’s operators profited by forcing infected computers to generate large quantities of automated ad clicks without the knowledge of PC users.

Symantec researcher Vikram Thakur said Bamital is just one of several major botnets in a complex underground “click fraud ecosystem” that he believes generates at least tens of millions of dollars in revenue.

He said that researchers at will comb the data on the servers in order to better understand how the click fraud ecosystem works and potentially identify providers of fraudulent ads and traffic brokers.

“This is just the tip of the iceberg in the world of click fraud,” said Thakur.

Boscovich said he believes the botnet originated in Russia or Ukraine because affiliated sites install a small text file known as a cookie that is written in Russian on infected computers.

The cookie file contains the Russian phrase “yatutuzebil,” according to the court filing. That can loosely be translated as “I was here,” he said.