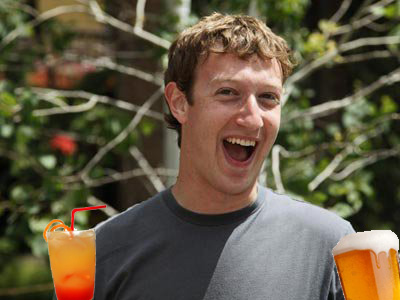 At work, Mark Zuckerberg is the one trying, and often failing, to meet the demands of his 800 million users. But on vacation in Uruguay for eight days, the Facebook CEO gets to be the one issuing requests. And he’s a rather insane customer

The local press is full of stories about the visit by Zuckerberg, his girlfriend, and seven other friends to Punta del Esta, a resort town on the South American country’s southeastern coast. The changes demanded by the 27-year-old billionaire to the house he’s been lent, apparently by a fellow businessman, give a sense of how obsessive-compulsive he can be. Keep in mind these arrangements are for a jaunt of barely one week:
The pets were banished. “Pets that live on the property were taken to a vet because, within the millionaire’s group, some people are very allergic,” reports El Pais.
Everything was scrubbed with special chemicals. “All the property was cleaned with special products,” El Pais added.

A ridiculous number of servants and guards were hired. It sounds like roughly a 1-1 ratio of staff to visitors: A chef, a cook, two maids, two bodyguards, and at least two “specially hired security guards.” So at least eight people serving nine guests.

All the furniture was replaced. If you’re going to be hanging out somewhere for eight whole days, do you really want out-of-date, unfashionable, dusty old millionaire-vacation-home furniture lying around? No you do not, not if you’re worth $17.5 billion. All furniture in the vacation home was reportedly removed and replaced.

Maybe Zuckerberg is planning some kind of big party. He’s hardly the only internet mogul hanging out in South America this southern summer. At the airport in Rio the other day, a greeter held up a sign for Spotify founder (and recent Facebook partner) Daniel Ek, according to our man in Brazil. And – this just in from our Uruguay tipster – Sean Parker has arrived at the Laguna del Sauce airport.

Have an Apple Watch engraved with Putin’s signature For $3,100