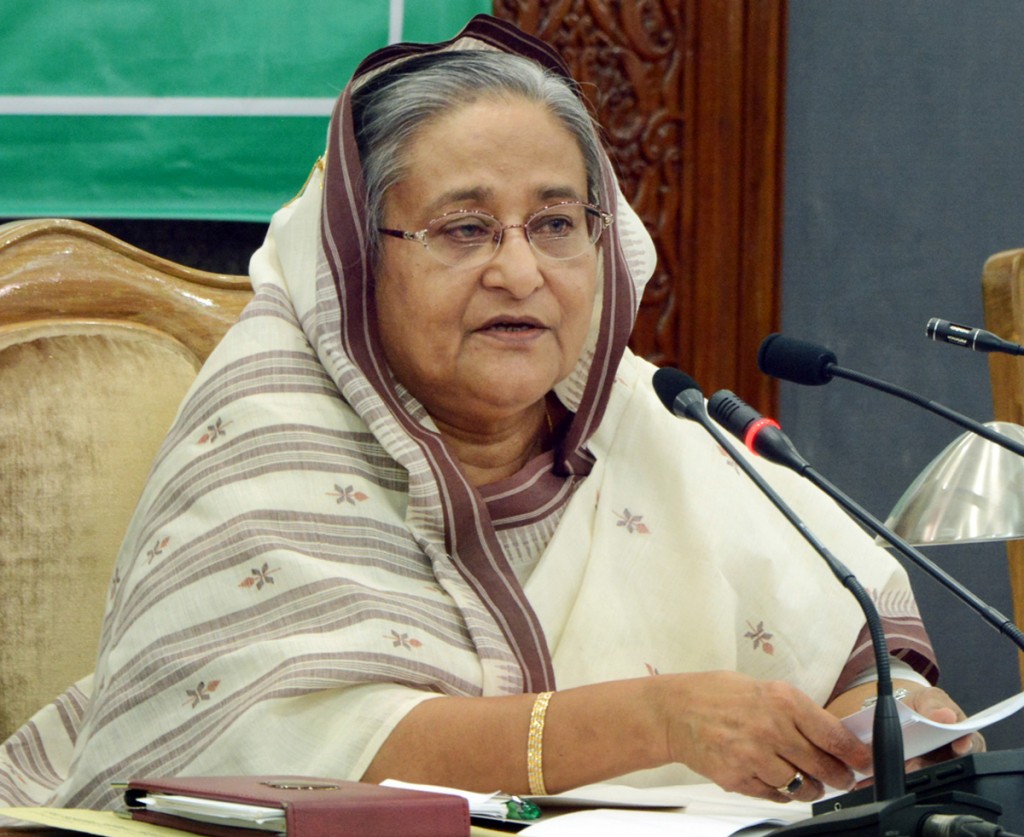 e-News® | The NEWS Company…SANGSAD BHABAN, March 4, 2015 : Blasting Begum Khaleda Zia for not appearing before the court, Prime Minister and Leader of the House Sheikh Hasina today said the BNP chairperson prefers jail as the safest place to protect herself from the public wrath. .

“As Khaleda Zia has become isolated from the people due to committing genocide, militant acts and intimidating the people, she herself wants to get arrested, be sent to jail and thinks that jail is the safest place for her to save herself from the public warath,” she said.

Sheikh Hasina also said that Khaleda Zia has a habit of staging drama and H M Ershad knows it very well how he has brought out the BNP chief of a room of the Purbani Hotel during the rule of General Ershad.

“She is now staging the same drama to earn the sympathy of the people and get better publicity in the international media by being in the headlines,” she said while replying to a supplementary raised by Jatiya Party lawmaker Ziauddin Ahmed Bablu in the House during her question answer session.

She said there is none to like Khaleda Zia’s militant acts, even her party men do not like it. “I have talked to many former BNP lawmakers, who do not like the terrorist and militant acts of the BNP leader,” she mentioned.

The Prime Minister said Khaleda Zia is indiscriminately killing the people and the trial of the killers would be held as per the existing laws of the country. Her target is to kill the common people, particularly the middle class and lower class people, she said.

Sheikh Hasina said Khaleda Zia is continuing to show thumb to the court and violating its dignity by not appearing before it. So, if anybody ignores or undermines the courts, his or her trial would be held as per the directives of the court, she said.

“As we always honour the court directives and the rule of law, we will have to go by the directives of the courts,” she added.

The Leader of the House said a militant leader has emerged in the country and she is Khaleda Zia. “She has emerged with a horror look, does not bother to abide by the constitution, laws and rules. Her only mission now is to
demonstrate militant power and kill the people,” she said.

Replying to a question from treasury bench member Mahfuzur Rahman

the Prime Minister said the Awami League government has ensured all kinds if facilities for the development of the garment accessories sector by considering it a potential industry.

“The garment accessories are considered as an invisible export, and in the export policy 2012-15, the government has ensured all types of facilities for invisible exports like the direct exports,” she said.

Sheikh Hasina said the exporters of this sector can deposit a portion of their export earnings in their foreign currency account under the retention quota. “They can make business tour and participate in export fairs and seminars by spending this money,” she said.

The Prime Minister said an easy-term short-duration refinancing fund namely “The Export Development Fund” is being run in foreign currency for providing loan to the investors at low interest.

Under the fund, she said, the organizations under the Bangladesh Garments Accessories and Package Manufacturers and Exporters Association could import production materials.

The Leader of the House said the work to set up a Garment Industry Park at Baushia in Munshiganj District is going on. “There will be a scope for establishing garment accessories industries there as the auxiliary industries of export-oriented RMG sector,” she said.

Tags: @doinikbarta@enewsbd1@ibangla@rrajowan#enewsbd#thenewscompany @i-banglai-banglaKhaleda Zia prefers jail as safest place to save herself from public wrath-PM

Who Really Invented the Computer?