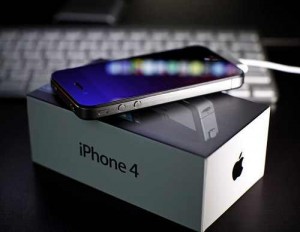 Looking for a cheap way to tether your laptop to your iPhone? There’s an app for that, but it may not last.

The iTether app from Tether went live on iTunes on Monday for $14.99 after somehow making its way through Apple’s approval process. The app, when paired with Tether software for the Mac or PC, lets you plug in either of those and tap into your iPhone data plan.

It’s not clear how the carriers view the new app. AT&T, which charges $25 a month for a 2 GB data plan for the iPhone, levies a $20 monthly fee on top of that for tethering. Verizon also charges $20 a month extra for its hotspot option. Sprint, meanwhile, announced in October that it was phasing out its unlimited data plans for laptops and tablets.

Given the carriers’ opposition to tethering, there’s a good chance that iTether will be yanked soon. That’s the fate that befell a similar app, Handy Light, which saw the light of day for a short time in July 2010. That app, however, was sneaky about its tethering ability, offering it as an “under-the-hood” option for what purported to be software that turned your iPhone into a flashlight. The major carriers have also blocked Android tethering apps.

Ahead of the curve: but bendable screens still seek breakthrough

The Final Frontier : Airbus vs. Boeing