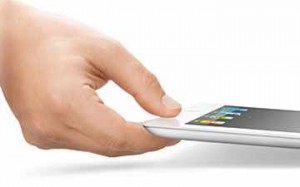 The next generation iPad won’t hit the market until 2012, according to J.P. Morgan analyst Mark Moskowitz’s research.

Although several rumors pinpointed the release of iPad 3 — a possible name for the upcoming device — in time for the 2011 holiday season, we’ve also seen indications that it won’t arrive until in the new year.

Apple announced the iPad 2 in March, 15 months after the launch of the first-generation iPad. Therefore, an early 2012 launch would be more consistent with Apple’s product launch cycle.

There’s always the possibility of Apple releasing an iPad HD — a device with only minor changes from the current iPad 2 — this fall, with the next major version coming out in 2012.

What do you expect to see from Apple this fall, the next generation iPad, a minor update or no tablet at all? Please share your opinions in the comments.