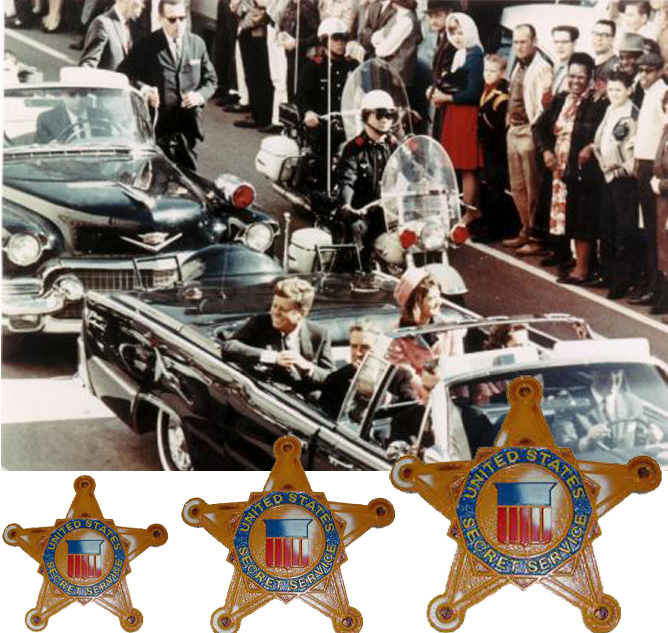 WASHINGTON, Nov 21, 2013 – Never forget. But implement the lessons of failure. That was the collective vow of the US Secret Service after the assassination of John F. Kennedy 50 years ago this week — which sparked a revolution in how presidents are protected and led to the current ring of steel and formidable firepower around the US leader.

The circumstances of Kennedy’s killing in Dallas — with the 35th US president a sitting duck in a slow moving, open-topped limousine are unthinkable today.

The assassination was a singular but never forgotten failure for the Secret Service, the government agency charged with protecting presidents since 1902.

“Its mission is to keep the president alive at all costs, and on that day it didn’t do that. It was somewhat of a painful day,” said Emmett, author of the memoir “Within Arm’s Length” about his service with the elite US protection force.

Emmett said that anyone who suggested taking President Barack Obama, or any of his immediate predecessors, through a major urban area in an open-top car, would today be viewed as mad.

But he did allow that America was a different place in 1963, and no one foresaw what could happen.

Obama’s vehicle could not be more different than Kennedy’s. He typically travels in a hulking armored car — which is more like a tank than an ordinary family saloon.

The car, known as “The Beast,” is equipped to protect the president from mortars, gunfire and other projectiles.

Its specifications are classified but it reportedly carries supplies of oxygen supplies and blood corresponding to the president’s blood type and communications scrambling equipment.
It also has reinforced tires and wheels.

Unlike Kennedy’s vehicle, slowed so he could wave to the crowds, Obama’s car does not make the president vulnerable by dawdling.

Today’s snaking presidential motorcades speed through urban areas, often cleared completely of traffic, — and routes are never announced in advance, according to Jeffrey Robinson, co- author of the book “Standing Next to History” with former Secret Service agent Joseph Petro.

Another lesson from Dallas : the Secret Service would never tolerate an open window — even though it means a president is effectively sealed off from the public.

“As little as possible is left to chance. They really eliminate every single minute risk that they can,” said Robinson.

Armed to the teeth

Today’s presidential motorcade is a sight to behold, with its motorcycle outriders, police cars, two presidential limousines, trucks, ambulances and vans for staff and the traveling press pool. It often comprises 30 vehicles or more.

It includes teams with equipment to detect radiological and chemical or gas threats, and technology capable of blocking radio  controlled bombs — though the Secret Service will not confirm details. Close behind the presidential limousine are detachments of commandos in sports utility vehicles packing enough firepower to “probably assault a small country,” said Robinson.

The Secret Service has also learned the lesson of the day in 1981, when they almost lost another president, Ronald Reagan, who was shot and wounded outside a Washington hotel.

Nowadays, presidents are rarely seen getting in and out of their vehicle. Obama’s limousine often drives into a white tent to obscure him from view as he disembarks. On other occasions, the president will use an underground parking lot already secured by Secret Service agents.

Anybody who will get anywhere near a president during a function must first pass through airport-style metal detectors. Air exclusion zones are enforced above buildings the president visits — and combat planes are on standby to intercept any suspicious aircraft.

Secure perimeters are enforced around any location where the president will stop — and every event venue is scoped out by agents beforehand.

The task of protecting the president does not come cheap. After the assassination in Dallas, the Secret Service saw explosive growth — from 350 agents and a budget of $5.5 million

in 1963 to a force of 600 agents and a $17 million budget just five years later, Secret Service spokesman Brian Leary said.

Today, the service employs 7,000 people and has a $1.6 billion annual budget.

Such resources allow the service to make meticulous preparations for a presidential visit outside Washington.

Agents now ask local psychiatric hospitals for details on patients who were recently discharged and have checklists of specific people to monitor.

Those familiar agents, with radios in their ears and microphones in the sleeves of their sharp suits, undergo an intense training regime.

“I certainly wouldn’t criticize what happened 50 years ago as far as how they did things, but what I would say is that the training is more comprehensive now,” Leary said.

“During training and after training, there’s an emphasis on learning from the past.”

And despite assassination attempts on Reagan and president Gerald Ford, the service has not lost another president.

“There’s a reason for that, because they really learnt from Dallas,” said Vincent Palamara, author of “Survivor’s Guilt,” which examines the events of November 22, 1963.