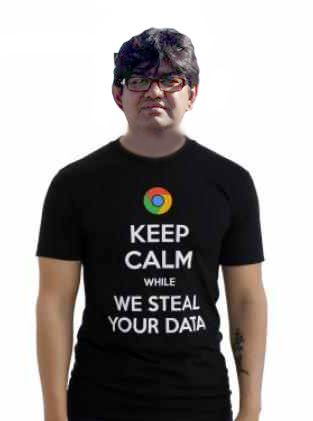 Microsoft is taking its Scroogled campaign launched last November in a new direction: merchandise. Now, consumers can purchase “Don’t Get Scroogled” products from the Microsoft Store with “Keep Calm While We Steal Your Data” and other messages.

Scroogled Products
An entire category of the store offers mugs, hats, t-shirts and even hoodies:

Microsoft Blogs The News
Interestingly, none of these products can be found if you search for “scroogled” or “google.” You have to know where to look. But it’s definitely aimed at consumers, because Microsoft points people at the “Scroogled Store” from its Scroogled blog, saying in a post today:

From the start, Scroogled has been dedicated to exposing Google’s violations of your privacy. We’ve shown you how Google goes through every single word of every single email sent to or from your Gmail account to target you with ads, how they serve up shopping results that are actually paid ads, how they share your contact information with app developers, how they monetize web searches that students do in school, and even how they say email users have no expectation of privacy. The list goes on and on.
This has struck a chord. Millions of people have visited Scroogled.com and hundreds of thousands have signed the petitions to tell Google to stop violating their privacy. Now, there’s a new way for people to express themselves and their misgivings about Google – with Scroogled gear from the brand new Scroogled Store.

The store is stocked with t-shirts, hoodies, mugs, hats, water bottles and more, all with a variety of fun graphics that help you tell the world that you’re tired of Google’s antics.

Some Of The Products 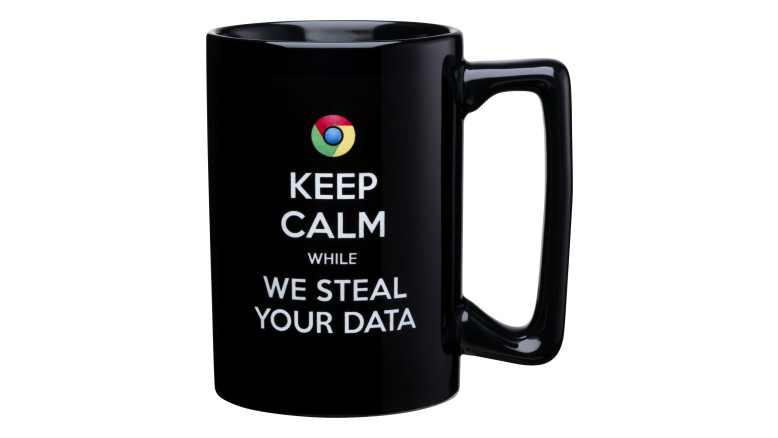 Here’s a close-up of the “Scroogled Keep Calm Mug,” on sale for $7.99. The product description reads:

Put 15-ounces of your favorite beverage into this stoneware mug to let the world know that even though Google is trying to make money on almost every aspect of your digital life, you’re still calm. And fully caffeinated.
Here is a picture of the front and back of the mug:

The “Word Cloud” t-shirt has these words: 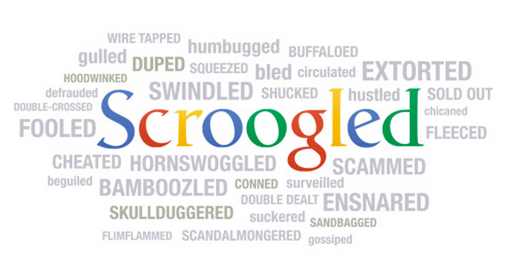 The Google Spider Web shirt has this description:

“Google is the spider. Google services are the spider web. You’re the fly. You know what happens next.”

“Breathe in, breathe out. It won’t be long before Google has attempted to make money off of every aspect of your digital life. This t-shirt lets them know that you know.”

The “I’m Watching You” shirt has a Minecraft “Creepers gonna creep” reference:

Do you use Google Search? Or Gmail?  Or Google Chat?  Then Google is watching you…all the time. Creepers gonna creep.

How does Google feel about Microsoft’s clothing line? The company appears to be taking it in stride. “Microsoft’s latest venture comes as no surprise; competition in the wearables space really is heating up,” a spokesperson told The Verge.

“COMPETITION IN THE WEARABLES SPACE REALLY IS HEATING UP.”

It’s a clever jibe. While Microsoft is only selling T-shirts, Google is hard at work on its Google Glass wearable computing device. Still, Glass is very much a work in progress, and the retort can only reach so far. While only those who pay close attention to technology are likely to read Google’s wit, Microsoft’s clothing has the potential to reach anyone who sees the merchandise.

First ever Seedstars startup to be held in Dhaka