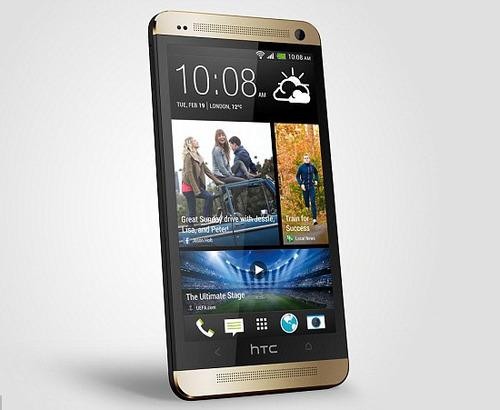 Everybody’s buzzing this week about the new Android smartphone from HTC, called the HTC One (M8). More than one reviewer is calling it the best Android phone ever made. Maybe the best phone ever made.

To assess those rabid claims, you have to ask a few questions before you even open the package. What makes a phone great? What do we expect of it?

Well, it has to be great-looking, of course. These days, a phone is more than a pocket computer. It’s a style statement. For quite a few people, the phone is an important part of their identities and even self-worth. (If you don’t believe me, I’d be happy to share with you some of the hate mail I get whenever I praise or criticize just about any phone.)

It has to have a fantastic screen. A superb camera. Excellent speakers. Terrific battery life. It has to be screaming fast — no lag anywhere. Extra points for removable battery, a removable memory card for storage, and unique time-saving features.

It should also come with a rich, complete ecosystem: apps, a store for music/movies/books, online syncing of our calendar/address book/mail, free online backups, and so on. Here, Android and iPhone are the clear leaders.

OK, there’s your checklist. Let’s open the HTC One box and begin.

Yes, the new One is great-looking. Holy cow, is it gorgeous. Its back and sides are all metal, like the iPhone’s, not plastic, like the Samsung Galaxy phones. They’re gracefully rounded, even on the edges. This phone is more than comfortable; you actually want to fondle it like one of those worry stones. 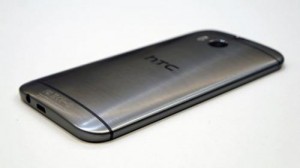 It’s also — what’s the technical term? — huge. Isn’t it strange, the way the world has decided that we now want big phones? For years, we longed for the tiny cellphones they have in Japan.

Huge is good when you’re using a cellphone (think about maps, photos, email, and movies). 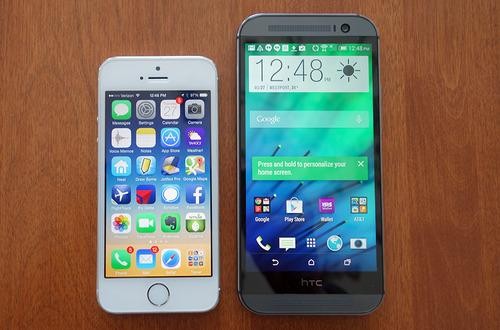 The screen is superb. And huge: 5 inches diagonal, with even sharper resolution than the Galaxy or the iPhone. (The screen is made up of 441 tiny dots per inch, which is too tiny for your eye to distinguish.)

A screen that big, you should know, is generally no longer one-handable. I’ve got huge piano-player hands — I can stretch across 10 white keys on the piano — but even I can’t reach all spots on the screen with my thumb if I’m nestling the phone in the same hand. You’ve been warned.

The battery life is at the top of the heap — better than the iPhone or the Galaxy S4, according to GSMArena’s tests. That’s 20 hours of talk time.

The battery’s not removable. But it does (or, rather, will) offer a brilliant feature called Extreme Power Saver Mode. When the battery gets down to 5 percent charge, the phone shuts down everything except calling, text messages, email, calendar, and the calculator. It becomes an emergency communications machine; you can’t surf the web, check Twitter, run apps, or use the camera.

If you’re willing to make that sacrifice, you’ll be well rewarded: In this dire condition, HTC says, the phone will last 15 more hours, even with a 5 percent charge. Kind of great, actually. Unfortunately, HTC says that this feature is available only overseas; a software update will bring it to the United States “shortly.”

The phone’s stereo speakers, above and below the screen, sound crisp and strong, although they’re not noticeably more powerful than, say, the iPhone 5s.

And there’s a memory-card slot — take that, iPhone! — so you can carry around a rather complete music and movie collection. Up to 128 gigabytes on a card — several times more than you’d be able to store on the phone itself (or on any phone that lacks a memory-card slot).

HTC studied how its customers use smartphones and realized that we wind up waking the phone (by pressing the power button) over 150 times a day. That’s about right.

So the M8 introduces a clever feature called Motion Launch. If you’re willing to learn combinations of screen swipes while you pick up the phone, you can make it jump directly to the phone dialer, open the camera, answer a call, and so on.

Power-on gestures for the HTC One.

And if you bring the phone to your head while it’s ringing, you answer the call. All of this is very cool and, in many cases, truly useful.

But there’s one small problem

And now we come to the camera.

On paper, this camera sounds like a breakthrough. This phone actually has three lenses; two of them are on the back, about an inch apart. Each time you take a picture, you’re actually taking two shots from slightly different angles.

HTC says that this dual lens makes possible a feature called UFocus, which sure sounds like the Lytro effect: You can actually refocus a photo after you’ve taken it. (The Lytro is a $500 pocket camera that simulates 100,000 lenses, so that, when viewing the results online, you can indeed change which part of the photo is in focus by clicking.)

The HTC camera crew clearly burned many candles at many ends to come up with a Camera app that offers this many features and options. Some of my favorites:

• You can set up the volume buttons to be zooming buttons in camera mode. (Or shutter buttons, as on the iPhone.)

• There’s a Pause button when you’re recording video, so you can make a clip that consists of several different shots. How great (and obvious) is that?

• You can create a 360-degree panorama — a dome-shaped photo, in other words — that you can later navigate by dragging your finger on the screen. It’s the same idea as Microsoft’s Photosynth app for iPhone or Windows phones, although there’s more labor involved; on the HTC, you have to build the 360-degree photo one snap at a time, using onscreen centering squares as a guide. Still, the result is very cool.

Tragically, heaping all of this software goodness onto the HTC One’s mediocre camera hardware is like outfitting the Titanic with in-room movies. The camera itself is just not very good, at least not compared with its rivals from Apple and Samsung.

A winner in most categories

So there you are. The HTC One (M8) is classy, lovely, fast, smart, comfortable, satisfying, and expandable. In fact, this phone is unsurpassed in most of those categories. And you may be able to go two days on a battery charge.

It’s also huge, and its camera quality is disappointing when compared with its rivals.

If those pros and cons leave you teetering with indecision, how about this to push you over the edge? HTC is offering, if you can believe it, one free cracked-screen replacement (if you manage to drop it during the first six months). That’s awfully generous.

As you further ponder your options, remember that the new Samsung Galaxy S5 is coming next month, and that a new iPhone is coming in the fall, probably with a bigger screen.

So is the HTC One the best Android phone ever made, or even the best phone? The answer, of course, depends on what you value. “No” if the size or the camera drive you crazy. “Yes” if screen, design, and battery are more important.

In a way, it’s the wrong question. The right question might be this: “Will you be, in general, delighted with the HTC One (M8) if you buy it?”

And the answer to that one is yes.