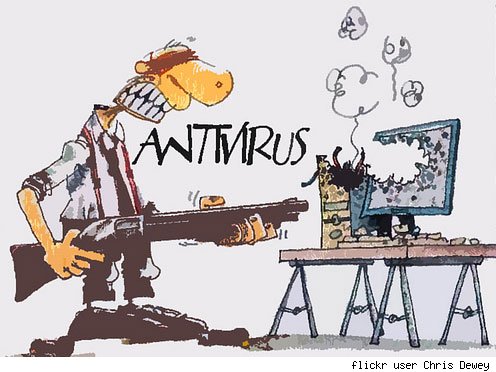 Keeping your Windows computer virus-free doesn’t have to cost you a lot of money. Heck, it doesn’t need to cost you any money. There are plenty of good options available for those of you on the hunt for free antivirus software.

Wait – free? Don’t companies like Norton make a good business out of selling antivirus protection? Why would someone give it away? Developers of free antivirus solutions like Avast and AVG are counting on a couple of things. First, that you’ll like the free offering enough to want to buy an upgraded version of their product. Second, that if enough home users talk about how much they love it that their “computer guy” at work might want to use it on the company’s systems.

The free options listed after the break offer the same kind of protection as the boxed software you can buy at the store.

Two things to keep in mind:

First, as with other free software, some of the developers ask for support in the form of a toolbar install. They’re all optional, so make sure to un-tick the checkboxes during the install if you don’t want the toolbar.

Second, a number of the developers offer a non-free version on the free version’s download page via a service called TrialPay. The totally free version is normally on the left, the TrialPay offer on the right – make sure you’re clicking the link you actually want.

I see Avast’s little blue sphere in a lot of system trays, and with good reason: it’s one of the most recommended free Windows antivirus options. One nice thing about Avast is that the installer only installs the antivirus program – there’s no toolbar or anything else to dodge. Definitions update automatically, scans can be scheduled, and the boot-time scan tool does a good job at uprooting even stubborn infections.

You do need to register for a product key, though Avast will never email you anything other than the confirmation message.

Get it from: Avast | FileHippo | Softpedia

AVG has been a popular free antivirus option for Windows users for a number of years. It provides solid protection against viruses and other malware, and there’s no registration required. Virus definition updates are automatic, and scheduled scanning is supported. Version 8 ships with the optional AVG Security Toolbar, which may be a good idea for some users. It provides security ratings for known websites and provides a little added protection in your browser – a place some users desperately need it.

Be sure to watch for the toolbar install and opt out if you don’t want it. Also pay attention on the download page: free link on the left, TrialPay on the right.

Get it from: Download.com | FileHippo | Softpedia

Avira’s offering is third on the list alphabetically and that’s where it falls popularity wise on Download.com, just behind AVG and Avast. It’s rated highly for fast and accurate scanning, and is easy on system resources. AntiVir’s simple interface and solid protection make it a good choice for novice users.

One bothersome aspect is the nag screen that appears periodically to remind you about Avira’s paid product. Also, on Avira’s download page look on the left side for the completely free link – the right side is a TrialPay offer.

Get it from: Avira | FileHippo | Softpedia

Another lesser-known (but solid) option is BitDefender. In addition to virus and malware defense, BitDefender also includes a privacy protection feature that monitors web traffic and outbound mail for possible breaches. Its scanning engine is fairly speedy and detection rates are on par with more well-known software.

The download page is a bit like Avira’s, so make sure you don’t use the TrialPay offer on the right unless you really want to. The free download is on the left side.

Get it from: BitDefender | FileHippo | Softpedia

Unlike other programs on this list, Clam is not a realtime virus scanner, meaning it won’t notify you the instant an infected file gets saved to your hard drive. Because of this shortcoming, ClamWin is probably not a good choice for novice users. It does, however, support scheduled scans and integrates with Windows Explorer so you can manually right-click and scan files. It also integrates with Microsoft Outlook and can remove infected attachments automatically.

You can get on-access protection with ClamWin by integrating it with WinPatrol or Spyware Terminator.

Get it from: ClamWin | FileHippo | Snapfiles 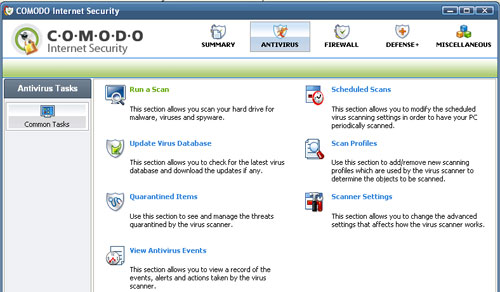 Comodo’s free antivirus application comes as part of their Internet Security suite. Comodo’s firewall software has always been very well-respected, but you can choose to only install the antivirus during the install if you prefer. It’s a solid performer, with good scanning speed and detection rates, and few false positives.

Like AVG, Comodo packages a toolbar (called safe surf). It’ll also prompt you to change your homepage, so just make sure to uncheck the boxes if you want to opt out.

Get it from: Comodo | Download.com | Softpedia

It’s worth noting that only application installs are monitored in realtime by default. To activate application launch protection, open the program’s main window and head to the settings screen.

Get it from: Download.com

The latest addition to this list, Security Essentials is the free follow-up to Microsoft’s popular OneCare. While it’s a very basic antivirus program, it provides a very good level of protection without bogging down your system. Like the other titles on this list, SE updates automatically and it can also perform scheduled scans as often as you like.

It’s still a beta release, but is very stable and I’ve not noted any problems with it so far.

Get it from: Softpedia

PC Tools are the same people that produce Spyware Doctor, one of the most popular anti-spyware applications around (though not my personal choice). Its interface is simple and easy to understand for novice users, though advanced users are likely to be frustrated by the lack of more sophisticated options that are available in other free programs. Scheduled scanning is supported, as are automatic definition updates.

Get it from: PC Tools 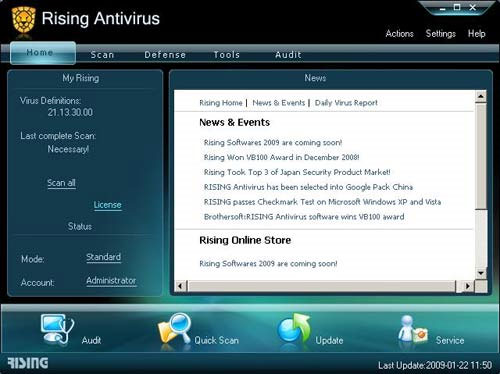 Even with the regal lion face logo, Rising hasn’t garnered a lot of respect yet. Still, those who do use it seem very pleased with the protection it provides and also report that it’s easy on system resources. A complete scan with Rising is a bit more sluggish than with more popular options, but most of you probably run scheduled scans when you’re AFK anyway – so it’s not a big downside.

It’s regarded as a good choice for non-technical users.

Get it from: Rising AV | Snapfiles | Softpedia

Spyware Terminator isn’t an antivirus program on its own, but you can choose to integrate ClamWin during the setup process. Unlike installing Clam on its own, pairing the two applications provides realtime virus protection. It’s regarded as a very good anti-spyware application, though reviews are mixed on its ability to handle antivirus duties.

As with AVG and Comodo, a toolbar install will be offered during the setup process.

Get it from: Spyware Terminator | FileHippo | Softpedia

If you’re not sold on the idea of free antivirus and are looking to test drive some paid options, there are plenty available for download. Just about every major developer of antivirus software offers at least a 30 day trial of their product. Here are three solid choices you can take for a test drive. 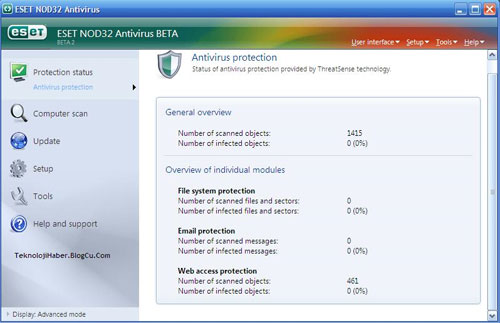 NOD32 is the choice of a number of Download Squad crew members. It’s very well-respected by system admins and technicians and one of the best programs available to protect your PC from infection. Downloading the current version gets you 30 days to try it out.

If you’re so inclined, you can download beta versions or release candidates as well – and you’ll get up to 6 months of free protection.

Another option held in high regard by experienced users, the Kaspersky scanning engine is licensed by a number of other companies that provide antivirus software. Trial versions last 30 days.

Trend has been a truster choice in coporate environments for a long time, though their PC Cillin software for consumers isn’t as popular as some other tites. It’s still a solid choice and provides good protection. Again, 30 days to try it out.