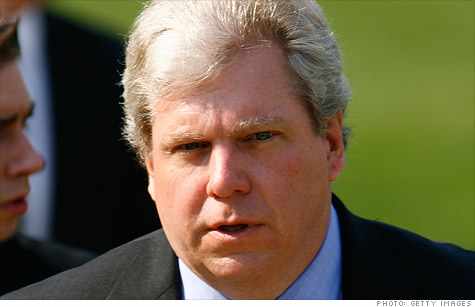 Lockhart, who is the latest high-profile executive to depart Facebook following its disappointing initial public offering in May, is leaving 15 months after joining the world’s No.1 social network.

A Facebook spokeswoman said that Lockhart is leaving because he decided he wanted to remain on the East Coast, and did not want to move to California, where Facebook is headquartered.

Lockhart’s last day at Facebook has not yet been determined. The Facebook spokeswoman said the company hopes to continue to work with Lockhart as an independent consultant.

Lockhart was the chief spokesman and senior adviser to President Clinton between 1998 and 2000, and co-founded the Glover Park Group communications firm in 2001.

Facebook, which announced on Thursday that it had surpassed a billion monthly active users, ranks among the Web’s most popular destinations alongside websites owned by Google Inc, Microsoft Corp and Yahoo Inc.

But the company has faced a rough reception on Wall Street, as concerns about its slowing revenue growth rate has cut its market valuation by more than 40 percent.

Shares of Facebook were down 2.6 percent at $21.37 in midday trading on Friday.

In June, Facebook Chief Technology Officer Bret Taylor announced that he would leave the company, and Facebook’s director of platform partnerships and its director of product management have also departed in recent months.

News of Lockhart’s move was first reported by the technology blog AllThingsD.com.