Even in emerging markets, Nokia's star is fading 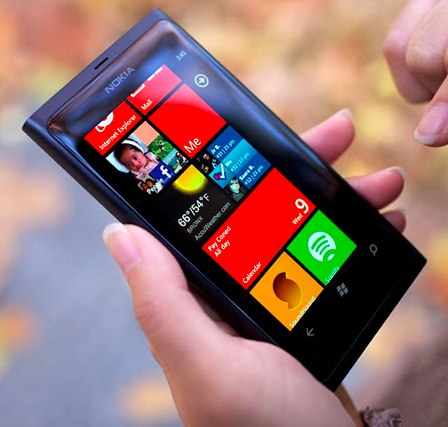 Nokia phones once took pride of place in Manish Khatri’s Mumbai store, but now models made by Samsung Electronics get the limelight.

He has nothing against Nokia, he says, but it’s better for business to push the more popular models.

That simple calculation is being made in thousands of stores across India and similar emerging markets, where Nokia’s rivals used to be relative minnows.

For 14 years the world’s biggest seller of mobile phones, it was overtaken by Korea’s Samsung in the first quarter of this year, having already watched both Apple and Samsung leapfrog its lead in the lucrative smartphone segment last year.

In the popular narrative of Nokia’s eclipse, it is Apple’s iPhone that steals the light, but the company is also losing its shine in the basic phone market, which had been a reliable generator of profits and carried the promise of years of strong growth in emerging markets.

Its basic phone sales fell 16 percent in the first three months of 2012, and have fallen in four of the last five quarters, while competitors like China’s ZTE and Huawei have been growing fast.

In India, the world’s second-biggest mobile phone market, with more than 900 million subscribers, Nokia’s market share has halved in the three years to 2011, when it sold 31 percent of the total 183 million handsets sold, according to Indian researcher CyberMedia.

Analysts say it has failed to keep up with the changing tastes of the growing middle class, and, in a country where the thin-margin network operators don’t tend to subsidize phones, is losing storeowners like Khatri, who influence buyers’ choices.

“For dealers like us, we face a lot of problems from Nokia for getting even the basic (demonstration phone) dummies to show to the customer,” he said. “There is no push from the company.”

He said his store, which sells around 500 phones a month, is probably not a priority for Nokia, but Samsung has been sending staff to visit.

In China, the world’s largest cellphone market, operators have started to play a bigger role in selling phones, and that trend is working against Nokia.

In January-March its sales there shrank 62 percent from a year ago. Its share of the market had dwindled to 24 percent last year from 39 percent two years earlier, according to research firm Strategy Analytics.

In January-March its sales there shrank 62 percent from a year ago. Its share of the market had dwindled to 24 percent last year from 39 percent two years earlier, according to research firm Strategy Analytics.

In Africa, too, its market share slipped to 51 percent last year from 62 percent two years before. It’s still ahead of rivals because of its superior distribution on the continent, says Neil Mawston at Strategy Analytics, but it has to act to arrest the decline.

“Nokia is drying up like a puddle in the sun and urgently needs new products to refill the puddle,” he said.

In the meantime, it is racking up losses, its shares have lost more than three quarters of their value in a year, and this week two agencies cut its credit rating to junk status.

Nokia says it is continuing to invest to attract customers in these markets.

She said the company would be announcing data plans for the new Asha 202 basic phone model with five operators in India on Monday.

Analysts also say Nokia can be slow to react on popular technology.

In emerging markets, for example, multi-SIM models have been a draw for people who want to take advantage of freebies doled out by competing carriers, but Nokia lacked such phones until mid-2011.

Another costly gap in its basic phones offering is a full touch-screen model. Around 105 million such phones were sold last year globally, according to Strategy Analytics.

“Nokia left the door wide open for Samsung and others by not delivering a full-touch feature phone. The Koreans figured it out three years ago, yet Nokia still does not have a product,” said Ben Wood, head of research at CCS Insight.

“In the meantime, prices of Android smartphones have dropped, and Nokia’s window of opportunity is almost closed.”

Nokia is due to unveil a full-touch 306 feature phone model in the coming months.

“Nokia’s main challenge this year is to arrest the sharp decline in its flagship smartphone portfolio and use it to rebuild a positive halo-effect for the overall Nokia brand,” said Mawston.

The company abandoned its own Symbian smartphone operating system last year in favor of the largely untried Windows Phone alternative after Stephen Elop joined as chief executive from Windows maker Microsoft. Symbian sales have nosedived before the Windows models got off the ground.

This month it started sales of the first Windows smartphones in China with an aggressive marketing campaign and huge ads at subway stations, in magazines and newspapers.

There are some positive noises coming from customers.

“I just bought a new Nokia Windows phone and wasn’t very used to its tile design, but the experience was quite good after half an hour. All the basic functions I need are there, and I’m beginning to think that Windows phones will make it,” Wang Xiao said on his Sina microblog.

“Having an operating system which is Windows-based doesn’t excite me,” said 22-year old student Akshay Johar in New Delhi, looking at one of Nokia’s new Lumia models, but added: “The phone has great features, it looks good, the touch screen is very responsive.”

He is considering buying one, he said.

About 27 million people need to make that decision this year, 55 million next year, and 94 million in 2014, according to analysts polled by Reuters.

That only 2 million did in the first quarter shows how steep is the mountain that Nokia must climb.

PanamaPapers breaks the Internet with revelations of global corruption

Sirens ring out as air strikes hit IS Syria stronghold