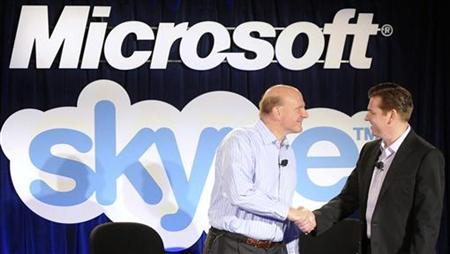 Microsoft secured EU approval on Friday to purchase internet voice and video service Skype for $8.5 billion, its biggest ever acquisition.

The European Commission said that its investigation of the takeover showed that the firms’ activities mainly overlapped for video communications, where Microsoft is active through its Windows Live Messenger.

“However, the Commission considers that there are no competition concerns in this growing market where numerous players, including Google, are present,” it said in a statement.

The deal is expected to lead to new customers for Microsoft’s Windows and Office software.

The U.S. Federal Trade Commission cleared the deal in June.

AOL not chasing Yahoo, but still gets top talent