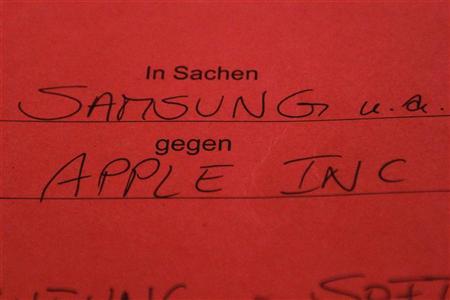 A Dutch court ordered Apple Inc to pay damages to Samsung Electronics Co Ltd over a patent violation in the Netherlands, the latest twist in the global legal battle waged by the two rival phone and computer makers.

Apple and Samsung have been suing each other in about a dozen countries for the last few years as they compete globally for consumers in the fast-growing markets for smart phones and tablet computers.

The U.S. company has accused Samsung of “slavishly” copying the iPhone and iPad tablet through products that run on Google’s Android software. The Korean firm has counter-sued with claims accusing Apple of infringing its patents.

A court in The Hague ruled Apple had violated a Samsung patent used in some of Apple’s phones and tablet computers to connect to the Internet, and said damages should be based on certain iPhone and iPad sales in the Netherlands.

Damages should be based on Dutch sales figures since August 4, 2010, which the court said was the date when Apple could have known it was violating Samsung’s patent.

A Samsung spokeswoman said she did not know whether the ruling had any international implications, nor did she know how much money Samsung would ask for.

Apple has a complex relationship with Samsung, a conglomerate that makes computer chips, Galaxy smartphones and televisions.

While Samsung’s smartphones and tablet computers run on Android and compete with Apple’s products, Samsung is also a key components supplier to Apple.