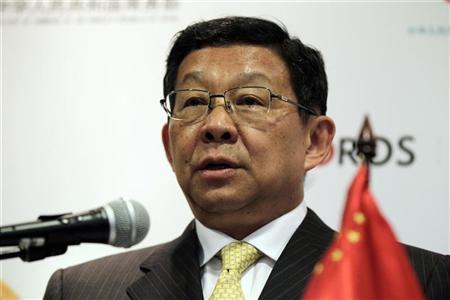 The United States is exhibiting a “Cold War mentality” with its fears that Chinese telecommunications equipment manufacturer Huawei poses a security risk because of its ties to the Communist Party, China’s commerce minister said on Saturday.

The U.S. House of Representatives’ Intelligence Committee warned last month that Beijing could use equipment made by Huawei, the world’s second-largest maker of routers and other telecom gear, as well as rival Chinese manufacturer ZTE, the fifth largest, for spying.

The report cited the presence of a Communist Party cell in the companies’ management structure as part of the reason for concern.

The state role in business prompted a U.S. congressional advisory panel to complain this week that Chinese investment in the United States had created a “potential Trojan horse”.

“Can you imagine if China started asking U.S. companies coming to China what their relationship was with the Democratic or Republican parties? It would be a mess,” Commerce Minister Chen Deming, himself a Communist Party member, told reporters on the sidelines of the 18th Party Congress, which will usher in a new generation of leaders.

“If you see me as a Trojan horse, how should I view you? By this logic, if the Americans turned it around, they would see that it’s not in their interest to think this way.”

All Chinese state-owned enterprises and a growing number of private Chinese firms have a Communist Party secretary at the top of their management structure. In most cases, the top management are themselves party members.

Neither Huawei nor ZTE is state-owned. Huawei is owned by its employees and ZTE by different institutions.

Suspicions of Huawei are partly tied to its founder, Ren Zhengfei, a former People’s Liberation Army officer. Huawei denies any links with the Chinese military and says it is a purely commercial enterprise.

“This report by the relevant committee of the U.S. Congress, based on subjective suspicions, no solid foundation and on the grounds of national security, has made groundless accusations against China,” spokesman Shen Danyang said.

US reassures Israel it won’t fall for Rouhani’s charms