`Bullet-proof' evidence of past water found on Mars 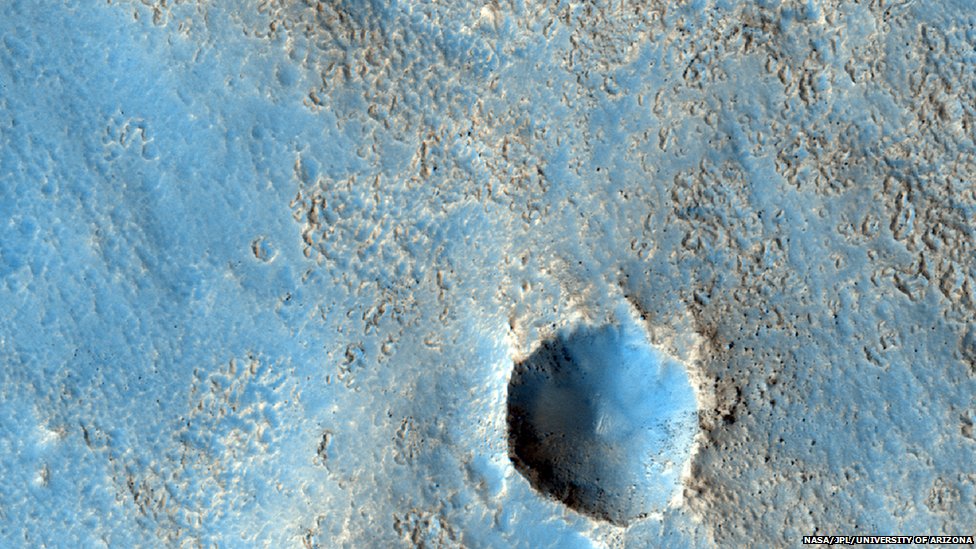 A NASA rover scouting for signs of past water on Mars has found the strongest evidence yet — a vein of gypsum, a mineral deposited by water, protruding from an ancient rock.

The rover, called Opportunity, and its twin, Spirit, arrived on opposite sides of Mars in January 2004. Over the years, the rovers, aided by several orbiting spacecraft, have returned a convincing body of evidence that Mars was not always as cold and dry as it is today.

The most convincing proof, unveiled this week at the American Geophysical Union conference in San Francisco, is a thin vein of gypsum laced inside and protruding from an ancient rock along the rim of a 96-mile wide crater called Endeavour.

“This is the single most bullet-proof observation that I can think of that we’ve made this entire mission,” Cornell University planetary scientist Steve Squyres, lead researcher for NASA’s Spirit and Opportunity Mars rovers, told Reuters. 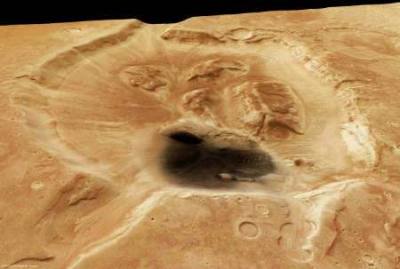 While Spirit, which is no longer operational, and Opportunity have previously found evidence of other water-deposited minerals, many questions remained.

“They’ve been moved around by wind. They’ve been mixing with other materials. It’s a big, jumbled up, fascinating mess,” Squyres said.

In contrast, the newly found gypsum is threaded into a rock. “This stuff formed right here. There was a fracture in the rock. Water flowed through it. Gypsum was precipitated from the water. End of story,” Squyres said.

Both the chemistry and the geologic conditions “just scream water,” he added.

Opportunity is expected to analyze other suspected veins of gypsum around the crater before moving on to probe what appears to be water-formed clays.

Water is considered to be a key condition for life. A new rover, named Curiosity, is en route to Mars to assess if another site, called Gale Crater, has or ever had water and other ingredients, including organics, necessary for life.