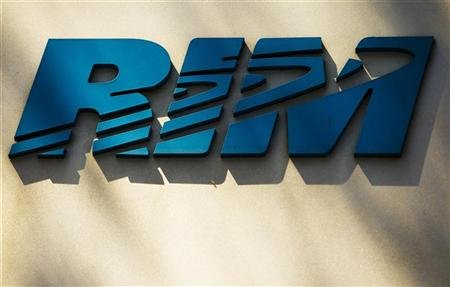 BlackBerry maker Research In Motion Ltd (RIM) has lost a dispute over the use of Nokia Oyj patents, in a case which could halt the sale of RIM products if it does not reach a new royalties deal with the Finnish company.

The Swedish arbitrator ruled RIM was not entitled to make or sell mobile devices which can hook up to WiFi networks – using technology known in the trade as WLAN or wireless local access network systems – without first agreeing royalties with Nokia.

“RIM is liable to pay royalties and damages to Nokia for its … sales of any subscriber terminals (handsets or tablets) … compatible with the WLAN standard,” the arbitrator said in the ruling, issued on November 6 but not publicized until Wednesday.

“RIM has not contested that it manufactures and sells products using WLAN in accordance with Nokia’s WLAN patents,” it added.

The decision is a boost for Nokia which is trying to increase its royalty income as its phone business slides, and the group said it had filed cases in the United States, Britain and Canada to enforce the arbitrator’s ruling.

“This could have a significant financial impact to RIM, as all BlackBerry devices support WLAN,” IDC analyst Francisco Jeronimo said.

A source close to RIM said the arbitration ruling was unlikely to have any immediate ramifications, as Nokia still has to fight a number of legal battles for the arbitration panel’s ruling to be recognized in different countries.

But analysts said RIM would likely seek a royalty agreement with Nokia to avert any risk of sale bans.

“The arbitration decision is not appealable and the U.S. Court can be expected to enforce the judgment by issuing an injunction against RIM, which would effectively put RIM out of business,” said Alexander Poltorak, chief executive of patent consultancy General Patent Corp.

“RIM has only one choice now – to license Nokia’s patents,” Poltorak said. “It should be a quick process. No substantive issue will be re-litigated. The U.S. court merely needs to enforce the verdict of the Swedish arbitration tribunal.”

RIM, a smartphone pioneer, hopes new devices using BlackBerry 10 software, due early 2013, will rescue it from a prolonged slump in the face of competition from the likes of Apple Inc and Samsung Electronics Co Ltd.

“If a sales ban was imposed it would be a massive blow for RIM as it manages its transition to the new BlackBerry 10 software platform,” said analyst Pete Cunningham at Canalys.

RIM promises its new devices will be faster than previous smartphones and will have a large catalogue of applications, which are crucial to the success of any new line of smartphones.

Nokia said it signed a cross-license agreement with RIM covering cellular patents in 2003, a deal that was amended in 2008. RIM sought arbitration in March 2011 with the Stockholm Chamber of Commerce, arguing that license should be extended to cover WLAN patents.

Nokia, along with Ericsson and Qualcomm Inc, is among the leading patent holders in the wireless industry. Patent royalties generate annual revenue of about 500 million euros ($646 million) for Nokia.

Based on a Nortel patent sale and Google Inc’s acquisition of Motorola Mobility, some analysts say Nokia’s patent portfolio alone merits its current share price of around 2.50 euros.

However, the patent market has cooled since those deals were made and some industry experts say the “fair value” of patents in large portfolios is between $100,000 and $200,000, pricing Nokia’s portfolio at up to 0.50 euros per share.

Nokia shares, which are heavily influenced by expectations of new smartphone model sales, were down 1 percent at 2.54 euros. The Wall Street Journal said the new Lumia 920 smartphone was worth considering but was heavy and thick.

Dung beetles look to the stars