BlackBerry Extends its IoT beyond telecommunications

BlackBerry Extends its IoT reach from Cars into Ships and Hospitals 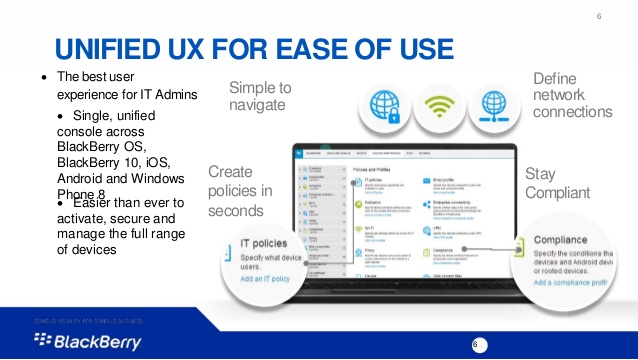 e-News® | The PRESS…June 15, 2015 : Most of us know that the BlackBerry’s QNX operating system used to power BlackBerry 10 phones has also become the technology of choice for mapping, communication and entertainment systems in cars. Automakers from mass producer Ford to exclusive Porsche and BMW use the software. QNX Software Systems is the leader in automotive software by a long shot and is forecast to remain the leader for the foreseeable future. According to Egil Juliussen, director of research, infotainment and ADAS, IHS Automotive QNX will grow from ”more than 16 million units in 2013 to 56 million in 2020,” But now BlackBerry is looking to use QNX to enter the transportation industry with iOT technology that will enable shipping companies to keep track of their cargo.

What is IoT again?

The Internet of Things describes the technology which connects objects to wireless networks, whether it’s a person’s smartphone to their fridge, or a trucking company to its fleet. The latter example is where BlackBerry says there’s plenty of growth potential this year. Chennakeshu said the current systems used by the shipping industry are “a little archaic and not scalable.” “It’s a very large business, in the tens of billions of dollars, with very low penetration.”

BlackBerry have unveiled the foundation of its Internet of Things platform at the Consumer Electronics Show in Las Vegas, marking the first step towards building a service BlackBerry believes will be a gateway to significant growth for its business. BlackBerry will provide hardware and software support for cloud-based communications boxes built into shipping containers. Each device will include a cellular radio, Wi-Fi connectivity, a microprocessor and sensors that monitor what’s in the container, its location and other details to help fleet managers stay on top of their products and anticipate potential problems. “There’s lots of useful information you can collect to get more efficient,” said Sandeep Chennakeshu, president of the BlackBerry’s Technology Solutions unit in a telephone phone interview from CES. “(The communication box is) very similar to a cell phone, except it doesn’t have a display or a keypad. That’s right up our alley.”

An early test was completed in October this year and plans are underway to make the devices available in “limited specific-use cases” in April, Chennakeshu said. Bear in mind that there are 200 million shipping container movements every year and of those an estimated 10,000 containers are lost. Even a limited trial in this industry is large,  Over the past year, under the leadership of chief executive John Chen, the company has undergone a dramatic change in priorities and refocused mostly on large contracts with businesses, rather than chasing individual users. BlackBerry has also looked for other ways to leverage its existing technology in new ways. Moving into the Internet of Things business is just one of a number of new initiatives.

Over the air updates

Chasing the shipping industry is only part of BlackBerry’s bigger plan for the QNX Internet of Things platform, BlackBerry also sees opportunity to sell similar technology to automakers, who plan to install sensors in cars to detect mechanical problems and notify drivers when they need to get their vehicle serviced. There was also a recent announcement of QNX auto system that will allow over the air updates for car software and so avoid expensive visits to the shop or even mass recalls such as the 1.9 million cars recalled by Toyota last year over a software issue.

BlackBerry announced at the beginning of this year that its QNX software will be used in the next generation of the HBox, a device made by U.S.-based medical technology company NantHealth, which BlackBerry acquired a minority stake in last April.

The HBox operates as a hub between mobile devices and the servers of health care companies, serving as part of an encrypted pipeline to transfer medical records between doctors and medical care centers. “With HBox, we have created a ‘human signal’ capturing device that automatically and securely transmits, through our HIPAA-compliant ‘NantCloud,’ critical medical data and vital signs to the mission control center,” said Patrick Soon-Shiong, M.D., founder and CEO of NantHealth. “Instantly and safely connecting the patient with the doctor and hospital allows for a higher quality of healthcare, expediting diagnosis and treatment, as well as more efficiently and accurately providing vital information into the hands of those in need.”

The QNX enabled HBox will be compatible with BlackBerry’s BES enterprise mobility management platform. HBox, once integrated with BES, will be fully encrypted to allow deployment in a HIPAA-secured environment, enabling clinicians and patients to securely access and receive medical information as soon as it is available, wherever they are. The HBox marks the second ground breaking product resulting from the collaboration of BlackBerry and NantHealth. Last month, the two companies announced the first secure clinical genome browser, the NantOmics Cancer Genome Browser™, which provides doctors unprecedented access to patients’ genetic data on the BlackBerry® Passport smartphone.

So, next time you hear someone say “BlackBerry the struggling smartphone maker” ignore them, BlackBerry is about a whole lot more than consumer smartphones.