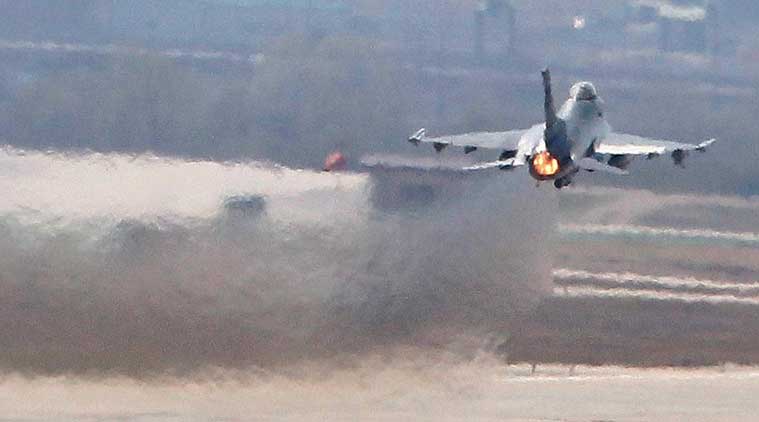 e-News® | The NEWS Company…RIYADH, Dec 30, 2015 : A Bahraini fighter jet taking part in the Saudi-led coalition battling rebel forces in Yemen crashed Wednesday in Saudi Arabia due to a “technical error,” the alliance said. The F-16 jet crashed in the kingdom’s southwestern region of Jazan near the border with Yemen, the coalition said in a statement on the official SPA news agency. The pilot “survived” the crash, it said, without specifying his condition.

The incident comes a day after Bahrain said that three of its soldiers had died “in an incident on the southern borders of Saudi Arabia.” It did not say how they had died or when the incident took place. Eight Bahraini troops have been killed as part of the coalition, which was launched by Saudi Arabia in March to tackle Iran-backed Huthi rebels in Yemen. The Bahraini jet is the second coalition F-16 to crash after a Moroccan plane went down during a mission over Yemen in May.

Its pilot was later found dead and his body was returned home. The coalition said that crash had been caused by a technical fault or human error, and it denied rebel claims that they downed the plane. The alliance has been backing forces loyal to Yemeni President Abedrabbo Mansour Hadi’s internationally recognised government with air strikes, ground troops, and weaponry, in addition to training. Saudi Arabia and the United Arab Emirates, which play key roles in the coalition, have lost the most troops in the campaign. One Qatari soldier has also died. Sudan has also deployed troops in Yemen while Kuwaiti media reported this week that the emirate has decided to send ground forces.