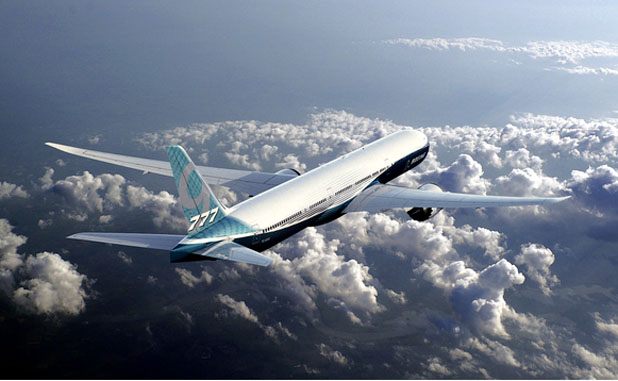 Fourteen years after controversially deciding to go with General Electric as the sole-source provider of engines for its longer-range 777 variants, Boeing is poised to repeat history by following suit for the next-generation 777X.

Boeing’s rejection of a new 100,000-lb.-thrust-class engine from Rolls-Royce in favor of General Electric’s GE9X for the extensively updated twin will undoubtedly upset some airlines looking for increased competition, just as the exclusive engine deal with GE did in 1999. However none of them can argue with the subsequent success of the GE90-115B-powered versions, particularly the best-selling 777-300ER which has established itself as the industry benchmark for long-haul, high-capacity twin operations.

The landmark decision also clears Boeing to ask its board of directors as early at its next meeting in April for authority to offer (ATO) the proposed 777X to airlines. The move, if approved, will put the company at the start of a six-year development track culminating with the entry into service of the first of two new 777 family members in 2019. The extended twinjet series will include a 353-seat 777-8LX, sized to succeed today’s 777-300ER, and the 406-seat 777-9X, which opens up new territory in the higher-capacity long-range market. The larger model is provisionally slated to debut first, with the -8LX following around 2021.

Initial confirmation of the engine decision was expected March 15. However, well before this, airline sources describe Rolls as being “like a partner in a once romantic relationship that has quietly come to an end. The phone has stopped ringing.” Rolls was offering the RB3025, an advanced three-shaft design that was aimed at the same 10% fuel-burn improvement over the existing GE90 as GE’s GE9X. The relationship between GE and Boeing, meanwhile, warmed considerably at some stage in recent weeks when Boeing CEO Jim McNerney and GE Aircraft Engines President David Joyce apparently agreed to outline terms over the engine maker’s “development contribution” in exchange for exclusivity on both the proposed new models.

McNerney was president of GE Aircraft Engines when GE and Boeing struck the original sole-source engine deal for what was then also called the 777X. Others at the July 4, 1999, meeting included Boeing’s Phil Condit (then chairman and CEO) and Alan Mulally (then Boeing Commercial Airplanes president), as well as Jack Welch, president of GE at the time.

Well into March, Boeing declined to comment on whether the engine selection has been made, saying only, “our decision regarding engine options will be based on the right technical solutions available at the right time under the right business arrangements to meet our customers’ requirements.” GE was expected to confirm its selection for the 777X on March 15, while for now Rolls is staying quiet.

GE has made no secret of its long-term plan to maintain its dominance on the 777 by proceeding with development and testing of the GE9X. The engine maker is running several technology-demonstration efforts to support FAR33 engine certification in 2018, and entry into service in 2019. Commenting on GE’s decision to plow on with tests despite Boeing’s apparent indecision late last year, GE90 General Manager William Millhaem says, “even though Boeing is still figuring out what they want to do, we’re doing the technology. It’s the right thing to do for the industry.”

According to already published schedules, GE is expected to run the first version of a new core for the GE9X as early as 2014. A final “Toll Gate 6” decision on freezing the design will likely take place around 2015, with the first engine entering testing in the 2016 time frame. Given this timing, the engine would be tested on GE’s 747-400 flying testbed in 2017, with certification the following year.

Last October, GE also revealed that Japanese financial company Mitsui & Co. had become the first strategic partner to join the GE9X engine development effort. By that stage, the GE9X study had been underway for more than 18 months.

Rolls by contrast, has become less bullish about the RB3025 proposal, which focused on a design with an overall pressure ratio of 62:1, and a bypass ratio of 12:1. Although close in thrust to the Trent XWB-97 in development for the Airbus A350-1000, for which Rolls is the exclusive provider, part of Boeing’s reluctance to encourage the development of a new, more powerful Rolls engine was that a variant could later be adapted to suit the needs of Airbus, should it subsequently develop a growth variant of the A350-1000 dubbed the A350-1200.

Boeing declines to comment on whether it is about to request board approval for the 777X ATO. It says only that “customers are happy with the airplane design, and we are pleased with where we are in the process. We are aggressively moving forward per our plan and working with our customers on the requirements. While we haven’t set a firm time line or launched the program, we’ve consistently talked about a potential [entry into service] around the end of the decade.”

Pressure on Boeing to act has been growing from some carriers, mostly notably Emirates Airlines, Japan Airlines and British Airways. All Nippon Airways has also been closely involved in the airline group review process for the bigger twin. Commenting last month in Dubai, Emirates President Tim Clark said he expected a launch in “6-9 months,” which would fit the standard Boeing schedule, assuming ATO in April. For example, the board approved offering of the 787 to airlines in December 2003, and the program was officially launched the following April.

It is also uncertain how the prospective go-ahead for the 777X may impact the timing of the 787-10X, a stretch of the 787-9 that received ATO from the board last November. Although Boeing was originally expected to gather orders from a group of launch customers in order to give the official go-ahead for the stretch by this June’s Paris air show, the 787 battery troubles and the new focus on the 777X may indicate a shift in priorities.

However, Boeing remains committed to the launch of the -10X, says Randy Tinseth, vice president of marketing for Boeing Commercial Airplanes. “It’s not a question of ‘if,’ but ‘when.’ It’s all coming together in terms of configuration and range,” he says. “We have to work through whether it is 7,000-nm range or 7,100-nm, and so on, but for now our No. 1 priority around the 787 is getting it back to flying.”

Overall, the definition of the -10X is “in really good shape,” he adds. The 777X and 787-10X are still considered strategic stablemates, whether one launches ahead of the other or not. “We think we need both, and that hasn’t changed,” Tinseth says.

All a-twitter about Queen's arrival