e-News® | The NEWS Company…DHAKA, July 05, 2015 : Terming Bangladesh Army as a partner of Bangladesh’s tremendous development, Prime Minister Sheikh Hasina today expressed her firm optimism that the members of the army would move the country forward through patriotism and dutifulness.

“Every member of Bangladesh Army is a partner of Bangladesh’s impressive march towards development. I hope that you would work with that spirit and thinking, and take the country ahead further through patriotism and dutifulness,” she said. 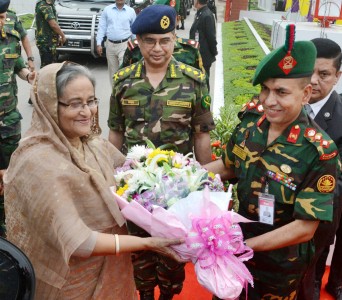 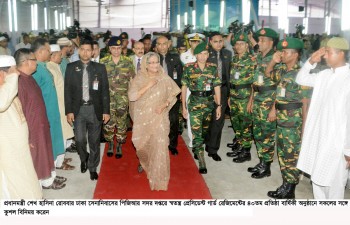 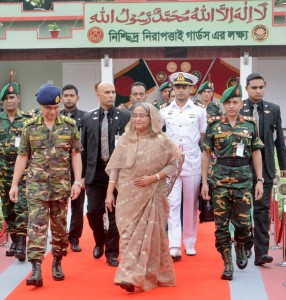 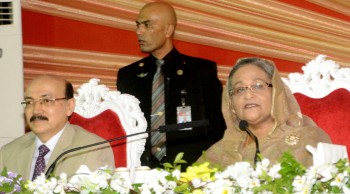 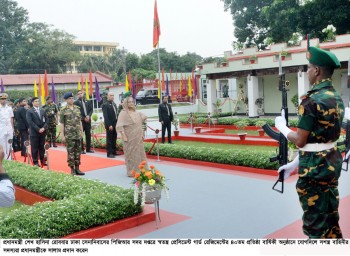 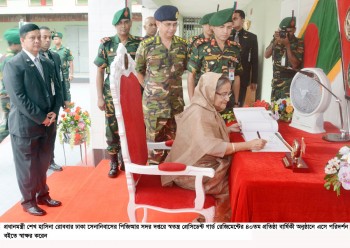 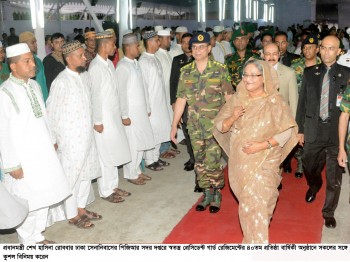 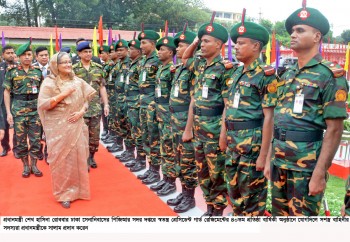 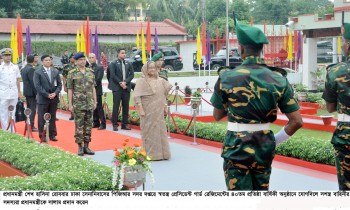 In this connection, she urged commanders of the PGR to always give necessary attention towards their subordinates, saying effective command channel plays the main role in resolving any problem within a disciplined force like Bangladesh Army. Stressing the need for imparting training, Sheikh Hasina mentioned that there is no alternative to training in discharging responsibilities of security and said her government has built “Digital Bangladesh” to reach the ICT facilities to the people’s doorsteps. She urged the PGR members to carry out regular training and professional exercises through highest utilization of the ICT.

Noting that as the head of the government she has close relations with the regiment, the Prime Minister said the members of the force perform their responsibly with utmost trustworthiness, loyalty, discipline and professionalism. “It assures and impresses me. You are especially selected and well-trained and your work efficiency and dutifulness prove it,” she said.