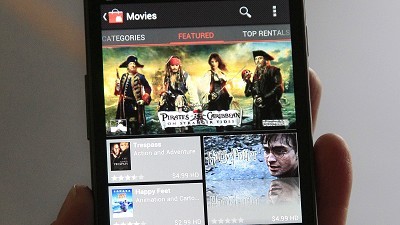 Faster ways to search content on the internet and share photos between two phones are promised in the next version of Google’s Android operating system for mobile devices.

Android 4.1 is nicknamed Jelly Bean, following Google’s tradition of likening its updates to a delectable treat. Google previewed it on Wednesday at a conference in San Francisco for computer programmers.

Android is now the chief rival to the mobile software running Apple’s iPhone and iPad. Google said there are a million new Android devices activated daily, up from 400,000 a year ago. The company said there is particularly fast growth in emerging markets such as Brazil and India.

Jelly Bean will be available in mid-July. Some devices – the Galaxy Nexus, Motorola Xoom and Nexus S – will get it automatically as an over-the-air update. Google’s new tablet computer, the Nexus 7, will also come with Jelly Bean.

One of the new features in Android will be Google Now, which is supposed to get you the right information at the right time automatically, if you activate the feature. If you say “traffic”, for example, it will look at your usual commute to work and show you alternative routes if there’s a lot of traffic. It will tell you the scores of your favourite sports teams automatically, and it will keep you up to date on the status of your flights if you are travelling.

Google said the Google Now feature will get smarter as you use it more.

Jelly Bean will also come with the ability to share photos by tapping two phones together, using an emerging wireless technology called near-field communications. The current version of Android, Ice Cream Sandwich, has limited ability to share data through NFC. Samsung’s new Galaxy S III phone has a feature for sharing photos and video by tapping, but it works only with other S III phones.

The new Android also promises a smarter keyboard, with a feature for predicting your next word before you type.

Here's Everything Apple Will Announce SOON