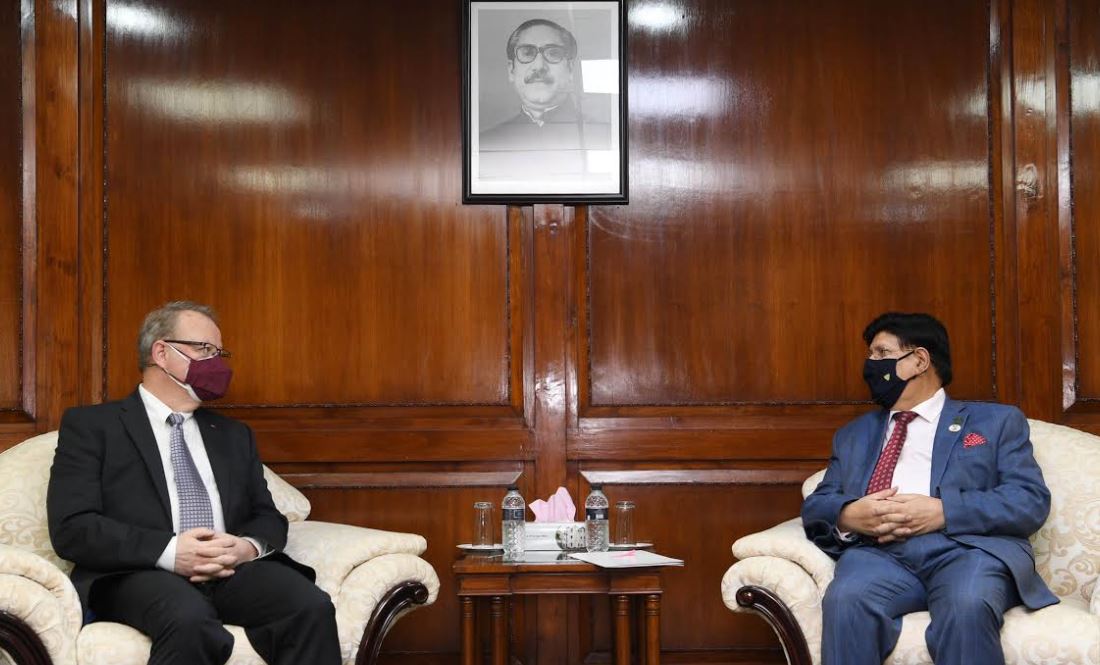 Referring to the recent statement of Canadian Procurement Minister Anita Anand that Canada might distribute excess stockpiles of AstraZeneca vaccine among developing countries, Momen urged the Canadian envoy to pursue with his government so that Bangladesh receives AstraZeneca vaccine on an emergency basis.

He also underscored that such supply of vaccine should be directly sent to Bangladesh, as has been done for some other countries like Pakistan, rather than through the COVAX programme of the World Health Organization (WHO).

Dr. Momen, recalling that Bangladesh acted fast on collecting vaccine by concluding an agreement with the Serum Institute in India to procure 30 million doses of AstraZeneca vaccine, said the country is now in a difficult situation as only 10.2 million doses of vaccine has been received from India, and the prospect of getting more is low due to the ongoing massive COVID-19 outbreak in India.

Stating the emergency need of 1.6 million doses of AstraZeneca vaccine to provide second doses, Momen underscored that this is at present a high priority for Bangladesh.

Foreign Minister Momen also appraised the Canadian envoy on the government’s efforts to acquire vaccine from some other countries including China, Russia and the US.

Momen thanked Canada for its continued strong political and humanitarian support over the Rohingya crisis, underscoring that sustainable return of the Rohingyas to Myanmar is the solution.

Momen also reiterated Bangladesh’s strong expectation that Nur Chowdhury, the convicted killer of Father of the Nation Bangabandhu Sheikh Mujibur Rahman, would be returned back to Bangladesh in near future.

He also underscored that Canada is willing to enhance its economic cooperation with Bangladesh, including in areas of trade and investment.