Can we Re-define Dhakai MUSLIN ?

Muslin [?m?zl?n] a fine plain-weave cotton fabric, from French mousseline, from Italian mussolina, from Arabic maw?il?y of Mosul, from Maw?il Mosul, Iraq, where it was first produced. artifact made by weaving or felting or knitting or crocheting natural or synthetic fibers; “the fabric in the curtains was light and semitransparent”; “woven cloth originated in Mesopotamia around 5000 BC” 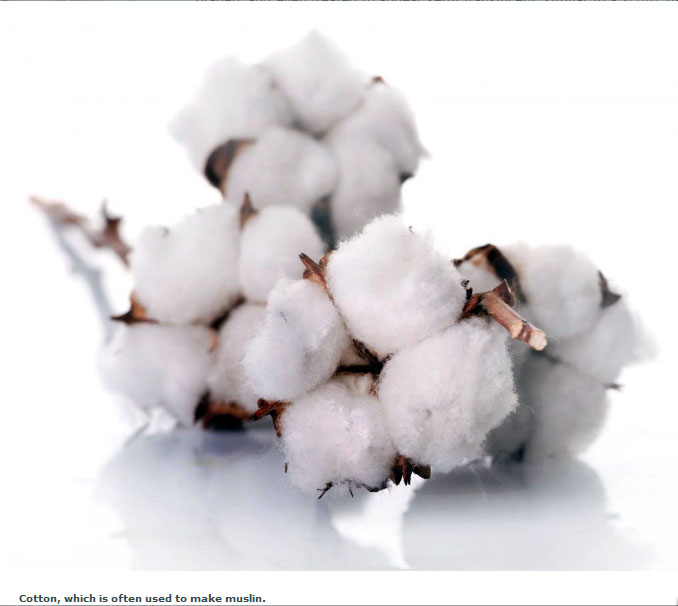 Muslin  a brand name of pre-colonial Bengal textile, especially of Dhaka origins. Muslin was manufactured in the city of Dhaka and in some surrounding stations, by local skill with locally produced cotton and attained world-wide fame as the Dhaka Muslin. The origin of the word Muslin is obscure; some say that the word was derived from Mosul, an old trade centre in Iraq, while others think that Muslin was connected with Musulipattam, sometime headquarters of European trading companies in southern India. Muslin is not a Persian word, nor Sanskrit, nor Bengali, so it is very likely that the name Muslin was given by the Europeans to cotton cloth imported by them from Mosul, and through Mosul from other eastern countries, and when they saw the fine cotton goods of Dhaka, they gave the same name to Dhaka fabrics. That the name Muslin was given by the Europeans admits of little doubt, because not only Dhaka cotton textiles, but cotton goods imported by the Europeans from other parts of India like Gujrat, Golconda, etc were also called Muslin.

The textile industry of Bengal is very old. Bengal cotton fabrics were exported to the Roman and the Chinese empires and they are mentioned in Ptolemy’s Geography and the Periplus of the Erythraean Sea, and by the ancient Chinese travellers. But Dhaka Muslin became famous and attracted foreign and transmarine buyers after the establishment of the Mughal capital at Dhaka. The Muslin industry of Dhaka received patronage from the Mughal emperors and the Mughal nobility. A huge quantity of the finest sort of Muslin was procured for the use of the Mughal emperors, provincial governors and high officers and nobles. In the great 1851 Exhibition of London, Dhaka Muslin occupied a prominent place, attracted a large number of visitors and the British Press spoke very highly of the marvelous Muslin fabrics of Dhaka.

The finest sort of Muslin was made of phuti cotton, which was grown in certain localities on the banks of the Brahmaputra and her branches. The other kinds of cotton called bairait and desee were inferior and were produced in different parts of Dhaka and neighbouring areas; they were used for manufacturing slightly inferior and course clothes. The persons connected with the manufacture of cloth, from the cleaner to the maker of thread and the person who did the actual weaving, belonged to a family of weavers, or if the family was small two to three families joined together to manufacture the cloth.

The productions of Dhaka weavers consisted of fabrics of varying quality, ranging from the finest texture used by the highly aristocratic people, the emperor, viziers, nawabs and so on, down to the coarse thick wrapper used by the poor people.  Muslins were designated by names denoting either fineness or transparency of texture, or the place of manufacture or the uses to which they were applied as articles of dress. Names thus derived were Malmal (the finest sort), Jhuna (used by native dancers), Rang (of transparent and net-like texture), Abirawan (fancifully compared with running water),Khassa (special quality, fine or elegant), Shabnam (morning dew) Alaballee (very fine), Tanzib (adorning the body), Nayansukh (pleasing to the eye), Buddankhas (a special sort of cloth), Seerbund (used for turbans), Kumees (used for making shirts),Doorea (striped), Charkona (chequered cloth), Jamdanee (figured cloth).

The finest sort of Muslin was called Malmal, sometimes mentioned as Malmal Shahi orMalmal Khas by foreign travellers. It was costly, and the weavers spent a long time, sometimes six months, to make a piece of this sort. It was used by emperors, nawabs etc. Muslins procured for emperors were called Malbus Khas and those procured for nawabs were called Sarkar-i-Ala. The Mughal government appointed an officer,Darogah or Darogah-i-Malbus Khas to supervise the manufacture of Muslins meant for the emperor or a nawab. The Malmal was also procured for the diwan and other high officers and for JAGAT SHETH, the great banker. Muslins other than Malmal (or Malbus Khas and Sarkar-i-Ali) were exported by the traders, or some portion was used locally.

Weaving was prevalent in the Dhaka district in almost every village, but some places became famous for manufacturing superior quality of Muslins. These places were Dhaka, SONARGAON, Dhamrai, Teetbady, Junglebary and Bajitpur. Dhaka does not need introduction, it is the same place where the capital stands now; Sonargaon is now in Narayanganj district, it was once the capital of Sultan FAKHRUDDIN MUBARAK SHAH and his son (1338-1353), and again capital of ISA KHAN in the Mughal period; Dhamrai is still an important place on the Bangshi river, about 20 miles west of Dhaka; Teetbady is a village in the Kapasia thana of Gazipur district; Junglebary is now in the district of Mymensingh on the eastern bank of the river Brahmaputra; Bajitpur, 15/20 miles away from Junglebary is also in Mymensingh district; Junglebary was for long a residence of the family of Isa Khan. These places manufactured fine quality cloth, because they were situated near the places where cotton suitable for manufacturing Muslins was produced. These were also the places where the headquarters of ruling dynasties, Muslim or Hindu, were established. So the weavers of these places got support and encouragement from the aristocratic class.

Dhaka Muslin was in great demand in the national and international markets. The traders were active at Dhaka. Local businessmen procured the cotton goods from the ADANGs or manufacturing stations and sent them to Dhaka, where foreign buyers were ready with cash in hand. The foreign traders came from far-off countries like Arabia, Iran, Armenia, in the west, and China, Malaya, Java in the east. Some traders were busy in inter-provincial trade, while others sent the Muslin to countries outside India.

The government officials procured various types of Muslin, which they sent to Delhi for the use of emperors and ministers. When the capital was transferred to Murshidabad, the Muslins meant for the subahdar, diwan and other aristocratic people (like the banker Jagat Sheth) were sent there. In the 17th century, the European companies came and established their settlements in Bengal. 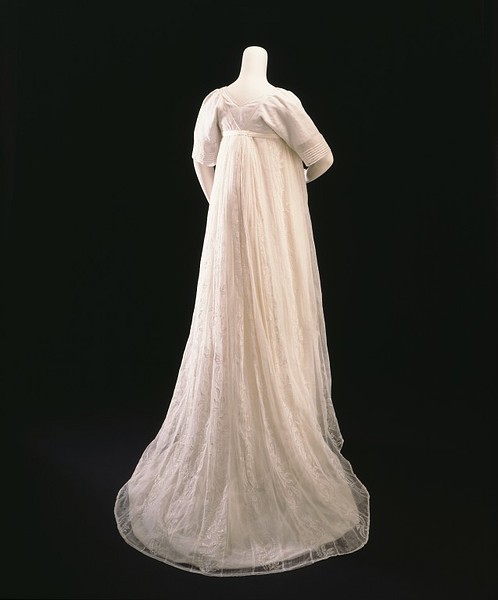 Their principal settlements were located near HUGHLI, on the bank of the river Bhagirath; the DUTCH settled at Chinsura, the PORTUGUESE at Hughli, the ENGLISH settled first at Hughli but later shifted to Calcutta and the FRENCH settled at Chandernagore. The Ostend Company also came towards the beginning of the 18th century. They procured Dhaka Muslin, through dalals, paikars and also through their own officials. When they found their export of Muslin extremely profitable, they also established settlements at Dhaka. By the beginning of the 17th and certainly by the middle of that century, the Portuguese trade declined. The Dutch set up their factory at Dhaka in 1663, the English in 1669 and the French in 1682.

Formerly Europe used to get the Muslin through Iranian and Armenian merchants, but with the coming of the European companies and the establishment of their settlements in Bengal the export of Dhaka Muslin increased enormously. The volume of the export trade of the European companies increased year to year, so much so that they had to establish settlements and factories at Dhaka proper to feed the increased volume of trade. The imports of European companies had no local markets, so the companies imported hard cash, bullion, to meet the growing demand of Bengal, and particularly of Dhaka. Available estimates show that in 1747 the export of Dhaka cotton goods (chiefly of the fine variety of Muslin), including those procured for the emperor, nawab etc was valued at rupees twenty-eight lakh and a half.

The Muslin industry of Dhaka declined after the BATTLE OF PALASHI, 1757; by the end of the 18th century, the export of Dhaka Muslin came down to almost half of that of 1747, and by the middle of the 19th century was valued at less than ten lakh Rupees. The decline of Dhaka Muslin was due to loss of patronage from the Mughal emperors, nawabs and other high officials.  The Mughals not only lost their power and prestige but also their buying and spending capacity. With the establishment of the EAST INDIA COMPANY’s monopoly over the trade of Bengal after the battle of Palashi, the trade of other European companies and traders belonging to other nationals practically came to a stop. But the most important cause of decline and the ultimate extinction of the Muslin industry was the industrial revolution in England, which introduced modern inventions in manufacture. The costly Dhaka cotton goods, particularly the Muslin, lost in competition with the cheap industrial products of England.

Recently an uprising independent company i–Bangla limited together with research wing of CottonGold BD jointly explore with the MUSLIN that has been lost from this regions years ago. Can they find the source of manufacturing the precious cotton back to its original form?  Best of luck to the researchers and the thread Maestros’ from CottonGold BD.

Sources : James Taylor, A Sketch of the Topography and Statistics of Dacca, London 1840; Dhaka Commissioner’s letter dated 2 may, 1844, Board’s collection no. 100122, India office Records, London; A Descriptive and Historical Account of Cotton Manufacture of Dacca, by former Resident of Dacca, London 1851; JC Sinha, “The Muslin Industry of Dacca” in the Modern Review, April, 1925; A Karim, “An Account of Dacca, dated 1800” in the Journal of the Asiatic Society of Pakistan, Dhaka, vol. VII. No.2, 1962; A Karim, Dhakai Muslin, Bangla Academy, Dhaka, 1965, Reprint, Dhaka, 1990.

Edited by : @rrajowan and REAZ A Amin -e-News® Xclusive

Dodge overhauls Avenger and Charger for 2011