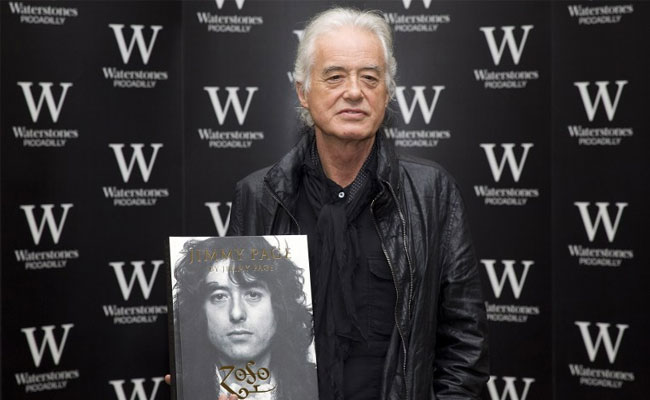 #thenewscompany – Led Zeppelin’s Jimmy Page on Thursday denied claims that he plagiarized “Stairway to Heaven,” insisting the iconic anthem sounds more like a “Mary Poppins” song than the track he is accused of copying.

The 72-year-old guitarist and band mate Robert Plant, 67, are being tried at a civil court in Los Angeles over accusations they poached the rock epic’s opening bars from “Taurus,” by long-defunct rock band Spirit.

Page, who wore a black suit and his white hair in a ponytail, said his chord progression probably had more in common with “Chim Chim Cher-ee” from the 1964 film musical “Mary Poppins” than anything else.

He told the eight-member jury that “Stairway” and the Disney number shared the same descending musical pattern, adding that the “chord sequence has been around forever.” LA band Spirit, who enjoyed a niche following but never attained the superstardom of Zeppelin, have long claimed the melancholic guitar that opens “Stairway” was taken from the riff that builds after the first 45 seconds of “Taurus.”

Guitarist Randy Wolfe — who went by the nickname Randy California — never took legal action and drowned in Hawaii in 1997, but a lawsuit was filed by his trustee and friend Michael Skidmore.

Zeppelin argue that the opening of “Stairway” — a descending sequence mostly in A-minor — has been used in music for centuries and that the lawsuit ignores the rest of the song. But expert witness Kevin Hanson said the opening chords of “Taurus” and the picked arpeggio intro to “Stairway” are a departure from the norm because the sequence resolves in the same unexpected way in both cases.

“The rhythm is slightly different,” the musician said, but added that the first five chords of both tunes were exactly the same.

“To my ear they sound like one piece of music,” he said. Zeppelin opened for Spirit when the hard British rockers — Plant, Page, John Paul Jones and the since deceased John Bonham — made their US debut on December 26, 1968 in Denver. But the surviving members have submitted testimony that they never had substantive interaction with Spirit or listened to 1967’s “Taurus” before recording “Stairway” in December 1970 and January 1971. The lawsuit lists disputes over 16 other Led Zeppelin songs, many of which were settled by giving the complainant a songwriting credit and royalties, including classics “Whole Lotta Love” and “Babe I’m Gonna Leave You.”

The defunct monthly business magazine Conde Nast Portfolio estimated in 2008 that “Stairway to Heaven” had made $562 million in publishing royalties and record sales, although California’s trust would only be entitled to a share of profits dating back to 2011. The plaintiff’s case resumes on Friday, with the defense side expected to begin after lunch.