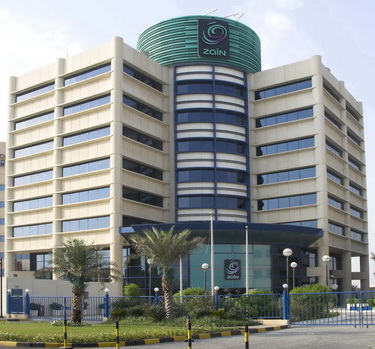 Mobile phone group Zain knew it was facing a challenge when it set out to build up its network in Africa’s newest frontier market – the vast, strife-torn expanses of South Sudan.

And a challenge is what it got, in the form of months of headaches, including a government order to dismiss workers and temporarily shut down part of its network over fears the country’s old foe Sudan could listen in to calls.

Almost two years after South Sudan emerged as an independent nation, the Kuwaiti firm, like other operators, is also still waiting for a formal licence to operate there.

The company, market leader in South Sudan though with a shrinking share, says it is committed to staying and expanding.

But, against the background of toughening competition, a struggling economy and high costs, some analysts say Zain may have bitten off more than it can profitably chew.

Some say it might even make sense for the group to cut its losses and quit its last remaining sub-Saharan operation – it sold its assets in 15 other African states to India’s Bharti Airtel in 2010 to focus on the more lucrative Middle East.

Africa is regularly presented as one of the last great growth opportunities for telecoms operators, a continent still piling on mobile subscribers, with lots of room to expand.

Zain’s experience highlights the risks that go alongside those opportunities in markets where it is often impossible to untangle commercial from political interests.

“We are fully committed to the development of our operation in terms of human resources and technologies,” it told Reuters.

“The fact that we maintain the largest network and are the number one provider of mobile telecommunication services in the country clearly demonstrates the depth of our commitment to investment in South Sudan,” it added in another statement.

But in August, Zain’s then chief executive Nabeel bin Salamah wrote to managers highlighting “continued unacceptable financial losses” in the territory, according to an internal email seen by Reuters.

In the email, he said he was freezing hiring and all new capital and operational expenditure pending a budget review and ordered any requests for emergency expenditure to be sent to headquarters for approval. The company has since told Reuters it is committed to building more phone masts, getting more subscribers and “optimizing our opex”.

Zain had a licence to operate across all Sudan until the country’s south split away in July 2011 under a peace deal that ended its long civil war with the government in the north.

The newly independent South Sudan said Zain could stay – alongside South Africa’s MTN and Sudan’s state-owned Sudani – as long as they dismissed all Sudanese staff and cut management and network links with the north, said Juma Stephen, undersecretary at the south’s telecommunication ministry.

The forced changes were at least partly prompted by distrust between the countries, accumulated through decades of fighting over oil, religion and territory. In April last year, border skirmishes brought them close to war.

It was around the time of those clashes the South’s government said it had found part of Zain’s network still passed through Khartoum.

“According to the telecom operators, they all totally separated their networks from Khartoum … But there was a problem with Zain,” said Stephen.

South Sudan ordered Zain to shut down about 43 transmitter towers in April 2012 in Upper Nile and Unity states, which border Sudan, until these were re-routed via Juba, said Stephen.

“We cannot say if it was deliberate, but it was a shortcoming from them (Zain) … Since these numbers were using a Khartoum switch, they (Sudan) can intercept calls,” he added.

Sudan’s Foreign Minister Ali Karti said last year that Khartoum monitored conversations between southern officials and fighters near the border. “We listen to them,” he told Reuters.

Zain’s annual report said it cut all network links with Sudan by the end of 2011. It has not commented on South Sudan’s statement that a connection continued after that date.

Andre Claassen, a senior manager at Zain South Sudan, said 41 of the closed sites were now working again, without going into whether they had been rerouted.

Staffing has also caused friction between company and state. In July the government chided the company for not passing on details about its structure, management, ownership and leadership, warning failure to do so, “could result in adverse consequences”, in a letter seen by Reuters.

South Sudan’s telecoms minister also objected to an arrangement where Zain’s South Sudan operation reported to an overall Africa manager based in Khartoum.

That manager’s past career may have triggered a few southern worries – according to Elfatih Erwa’s LinkedIn profile he has spent 16 years in top positions in the Sudanese state including the president’s National Security Advisor from 1989 to 1995.

Political challenges might be worth facing when the commercial opportunities are big enough. But the numbers are not always quite as they seem in frontier markets.

Around four-fifths of South Sudan’s 10.3 million-strong population do not currently have a mobile – a huge opportunity for expansion, assuming those millions can afford a handset.

South Sudan is one of the world’s poorest nations – nearly 40 percent of its people will have trouble getting enough to eat at some point this year, the United Nations said in March.

“For us the market is saturated,” Claassen told Reuters late in 2012. “There are two ways of growing – by taking customers from your competition or expanding your coverage. We’re waiting for the upturn of the economy.”

Fuel for the stations has been hard to come by, partly due to the Southern government’s decision, recently reversed, to cut off oil flows in another spat with Sudan in January last year.

The nation is the size of France but has only 300km (190 miles) of paved roads – a challenge for anyone trying to erect phone towers across it.

It had 56 percent of the market in mid-2011, according to Sydney-based consultants BuddeComm. But that had fallen to 37 percent by September 2012, just ahead of MTN’s 32 percent.

Zain added 168,000 new subscribers in the last nine months of 2012 to bring its subscriber base to 667,000, providing just 1 percent of the group’s total revenues last year.

“That’s not strong enough growth for a market of this potential and could be because a lack of infrastructure has limited operators’ ability to expand their network coverage to more of the largely rural population,” said Kenechi Okeleke, a senior analyst at Business Monitor International in London.

A Zain exit remained a possibility and would fit in with the company’s past African sell-offs.

“A divestiture in the South (South Sudan) while holding onto the North (Sudan) … would fit into a strategy of focusing on the Middle Eastern/North African markets,” BuddeComm senior analyst Peter Lange told Reuters in an emailed exchange.

The resumption of South Sudan’s oil flow could give the economy a boost and, down the line, give customers more money to buy handsets, said Business Monitor International’s Okeleke.

But that seems some way off.

“South Sudan represents more of a long-term shot, and, given Zain’s strategy in the last 3-5 years, it’s uncertain whether it will want to take that shot,” he said.