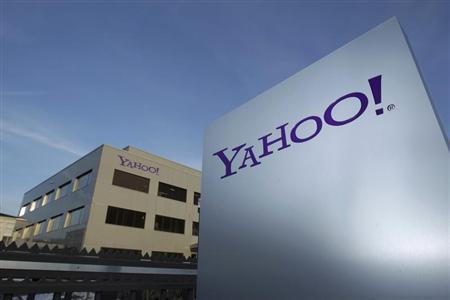 Yahoo Inc is overhauling its website to incorporate features familiar to Facebook users such as a newsfeed and people’s “likes,” in CEO Marissa Mayer’s biggest product revamp since taking the helm of the ailing company last year.

Mayer, who took over in July after a procession of CEOs was shown the door, said in a blog post on Wednesday that Yahoo’s redesigned website will let users log in with their Facebook IDs to gain access to content and information shared by friends – from articles and videos to birthdays.

Yahoo is one of the world’s most-visited online properties, but revenue has declined in recent years amid competition from Google Inc and Facebook Inc.

The changes to Yahoo’s Internet shop window, which include a more streamlined mobile application for smartphones and tablets, will be rolled out over coming days. The makeover follows a new version of Yahoo mail, one of its most popular applications, introduced in December.

Analysts say the move marks a strengthening of Yahoo’s ties with Facebook, employing some of the social network’s growing data on its billion-plus users to battle Google for Web users’ attention. It remains to be seen whether the initial makeover and tweaks expected over time will win back its Internet audience.

“This is definitely an important step. The Yahoo home page is one of the most important things because it is the first interface,” said B. Riley Caris analyst Sameet Sinha. “It’s familiar in terms of layout, the newsfeed is interesting, and it will be interesting to see how it develops over time.

“The key will be how data is aggregated within Yahoo and Facebook.”

Seven months into her tenure, former Google executive Mayer has arrested the decline of the Internet portal and won favor on Wall Street with stock buybacks among other things. But Yahoo’s forecast of a modest revenue uptick this year still pales in comparison with the growth of rivals like Google and Facebook, which are eating into its advertising market share.

“We wanted it to be familiar but also wanted it to embrace some of the modern paradigms of the Web,” Mayer said of the product revamp on NBC’s “Today” show on Wednesday.

“One thing that I really like is this very personalized newsfeed; it’s infinite and you can go on scrolling forever,” she said.

Among other problems, Yahoo has been plagued by internal turmoil that has resulted in a revolving door of CEOs. Mayer, 37, took over after a tumultuous period during which former CEO Scott Thompson resigned after less than six months on the job over a controversy about his academic credentials. Yahoo co-founder Jerry Yang then resigned from the board and cut ties with the company.

Thompson’s predecessor, the controversial and outspoken Carol Bartz, was fired over the phone for failing to deliver on growth. Yahoo’s 2012 revenue was $5 billion. It has been flat year over year, off from some $6.3 billion in 2010.

Dual citizenship major problem for expatriates to be voters: CEC