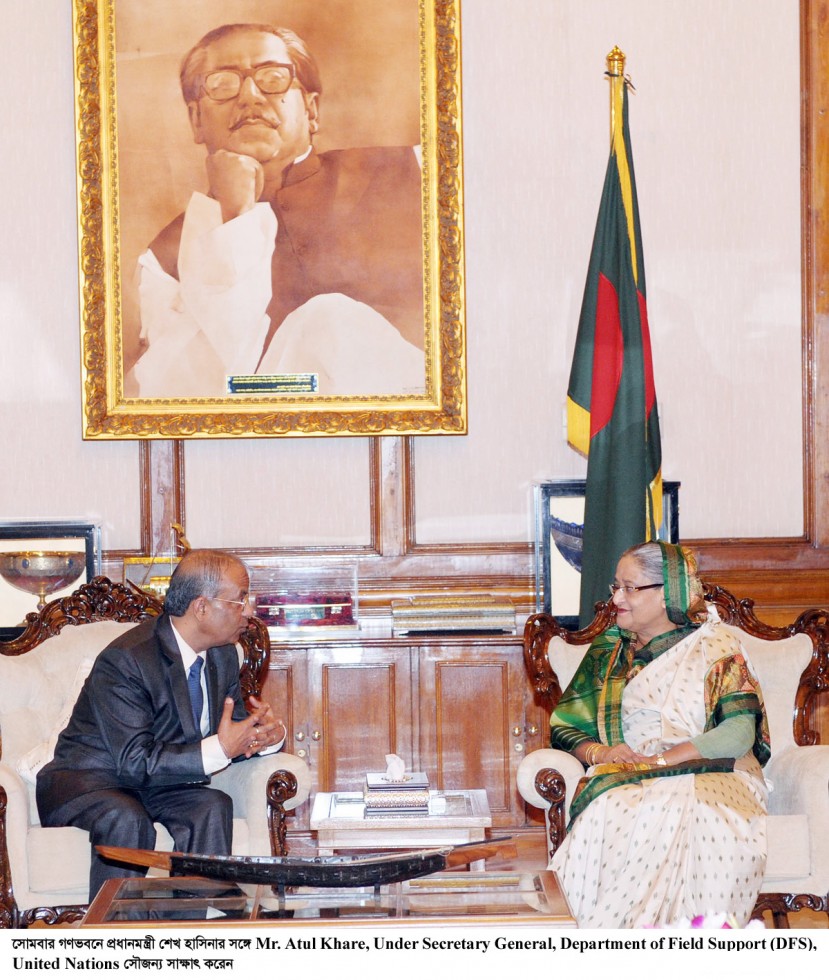 e-News® | The NEWS Company…DHAKA, Sept 14, 2015 : Visiting UN Under Secretary General (Department of Field Support) Atul Khare highly lauded the role of Bangladesh in the UN peacekeeping missions saying the country is now a ‘brand name’ in peacekeeping. The UN Under Secretary General came up with the appreciation during a courtesy call on Prime Minister Sheikh Hasina at her Ganobhaban residence this afternoon.

Briefing reporters after the meeting, PM’s Press Secretary Ihsanul Karim said the Under Secretary General congratulated the Prime Minister on her winning the ‘Champion of the Earth’ award of the United Nations for her role in combating climate change. Atul also appreciated the able leadership of Prime Minister Sheikh Hasina in successfully attaining the MDGs and moving the country forward in all spheres.

He also lauded the training programmers at the Bangladesh Institute of Peace Support Operation Training (BIPSOT) for peacekeepers saying the United Nations would send two teams to Bangladesh, one for exploring business with the UN and the other for finding ways to increase participation of the civilians, particularly women, at the UN peacekeeping missions. The UN Under Secretary General also acclaimed the role of Bangladesh police contingents in the UN peace keeping missions saying although they are not from a rich country, they are rich in culture and heart.

She said the peacekeepers are provided with necessary training and  equipment to deal with disaster situation. In this regard, she laid  importance on cooperation among the countries on disaster management. Pointing out the establishment of BIPSOT, the Prime Minister said  Bangladesh remains committed to create opportunities for training to emerging and new troops contributing countries in specialized training institutes in Bangladesh including BIPSOT. She also invited the UN to organize accredited training program of BIPSOT including those for female peacekeepers from the region and beyond.