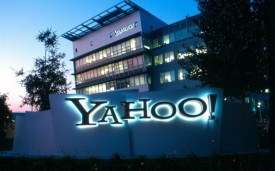 When Yahoo threatened to sue Facebook over patent infringement, it didn’t win many friends. Then, when it actually went ahead with its lawsuit earlier this week, it promptly made a lot of enemies.

Many in the tech industry have spoken out either in favor of Facebook or about the absurdity of patent law in general. Various observers have called Yahoo’s patent suit everything from “preposterous” to “pathetic and heartbreaking” to (of course) “desperate.”

According to venture capitalist Fred Wilson, who calls the suit a “crock of sh-t,” Yahoo crossed an “unspoken line” in suing another web company over patents. There hasn’t been an unique idea in the web space for more than a decade, he says, and Yahoo’s opening itself up to be sued by someone else over “bogus” patents.

Dallas Mavericks owner Mark Cuban, who has spoken publicly about reforming patent law in the past, says he would like to see Yahoo destroy Facebook with its lawsuit. It’s not because he believes Yahoo is in the right, but because he thinks a massive verdict — on the order of $50 billion — would make consumers take notice, and perhaps spark the needed reform.

Most interesting was Andy Baio, who wrote in Wired about his experience as a Yahoo employee. Yahoo acquired his company, Upcoming.org, in 2005, and shortly afterward asked him to file patents on his software as part of campaign to stockpile intellectual property. Baio says he was given assurances that Yahoo’s patents would only be used defensively. Now Baio says Yahoo was essentially “weaponizing” his work and its current lawsuit is an “insult” to him and other engineers who filed patents on its behalf.

Most reactions, while clearly and sometimes virulently anti-Yahoo, aren’t necessarily pro-Facebook. For its part, the social network — which is in an SEC-mandated quiet period as it awaits it hotly anticipated IPO — has only said it’s disappointed and will defend itself “vigorously.”

It’s also notable that no one is talking about whether or not Yahoo actually has a good case as far as the letter of the law is concerned. If history is any indication, it probably does. Almost 10 years ago, Yahoo sued Google over its pay-per-click patent, which it alleged Google was infringing on with its AdWords service. The two eventually settled.

However, in this case, the 10 patents Yahoo is claiming Facebook is violating apply to many web services. As this summary from paidContent points out, the technologies involved cover everything from having a customized homepage to sharing items only with selected friends to sending an instant message over an email system. If successful in its suit, Yahoo could be emboldened to go after Twitter, Pinterest, Foursquare and a host of other social services.

Patent expert Florian Mueller said on Twitter that he suspects Yahoo “just wants to cash in” with the lawsuit, but it could have trouble doing that for two reasons: 1) The patents are relatively young, with nine out of 10 of them issued between 2007 and 2010, and 2) Facebook can see from recent history that patent lawsuits take time and rarely lead to disaster.

A chlorine gas leak at an Apple data centre in North Carolina has hospitalised five workers.