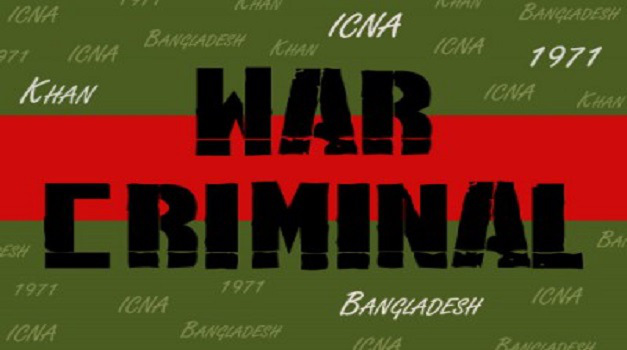 e-News® | The NEWS Company…DHAKA, June 9, 2015 : The International Crimes Tribunal (ICT)-1 today sentenced fugitive Syed Md Hasan Ali alias Hachen Ali to death for his crimes against humanity committed during our glorious War of Liberation. But in an unprecedented move, the first tribunal said the execution can be carried out by hanging or by firing squad and it is the government, who will decide the manner of the execution.

The tribunal sentenced him to death as it found him guilty of five charges out of the total six. Hasan, notoriously known as Razakar Daroga in Tarail area of Kishoreganj for his monstrous role in 1971, got death for charge number three and four, imprisonment till death for charge two, five and six. “…he be convicted accordingly and sentenced to death for each of the said two charges and the said sentences of death be executed by hanging the accused by the neck till he is dead or by shooting him till he is dead, as decided by the government, under section 20(2) of the said Act,” said Justice M Enayetur Rahim, chairman of the three-member panel of ICT-1.

“However, as and when any one of the two ‘sentences to death’ will be executed, the other ‘sentence to death’ and the sentences to suffer imprisonment for life till natural death would naturally get merged into the sentence to death first executed,” the judgement said. The tribunal asked the Inspector General of Police to ensure the arrest of Hasan, if necessary, with the help of Interpol. The tribunal started its proceedings at 11.10 am and expressed its disappointment over the fact that it is again concluding trial process of a case in absence of the accused. It is the fifth such cases, where the tribunals pronounced their judgments in absentia.

“It is very disappointing that the tribunal is going to conclude the trial process in absence of the accused. Also in the past, we had expressed our concern, anxiety over the failure of arresting the accused. The tribunal has no scope to do research on finding weaknesses or problems in this regard,” said Justice Rahim. After that the tribunal started reading out the summary of the 125-page judgement. Justice Anwarul Haque read out the introduction and charge portion, Justice Jahangir Hossain read out the portion on role played by the accused in 1971 and definition of inhuman act. At the end, Justice Rahim read out the sentencing portion.

Earlier on April 20 the ICT -2 kept the verdict on CAV (Curia Advisary Vult, a Latin legal term meaning court await verdict), drawing an end to about six month long hearing of the case. On November 11, 2014, the tribunal indicted Hasan and framed six charges against the alleged Rajakar commander, including genocide murder, abduction and torture. The ICT – 1 on September 15, 2014, through an order initiated trial against fugitive Hasan, 65, in absentia and appointed advocate Abdus Shukur Khan to represent the accused before the court. A total of 26 witnesses including investigating officer Hari Debnath testified against him before the tribunal.