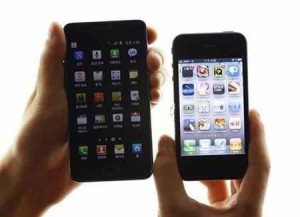 Samsung Electronics Co is considering legal action to ban sales of Apple’s new iPhone, a source familiar with the matter said on Tuesday, in what could be its strongest step to defend against claims by the U.S. firm that the South Korean firm had copied its product designs.

The source declined to elaborate further on where Samsung planned to take legal actions and the Maeil Business Newspaper reported that the South Korean firm may seek injunction request on Apple’s new iPhone in Europe.

Samsung said it would not comment on ongoing legal issues.

The two technology firms have been locked in intensifying legal battles in nine countries over their flagship smartphone and tablet products.

The move comes after Apple successfully blocked Samsung from selling its latest tablets in Germany and some smartphone models in the Netherlands and forced its rival to indefinite delay launching new tablets in Australia.

After Apple’s latest legal victory in Germany earlier this month, Samsung said it would take all available legal options.

Apple has not produced a new version of its best-selling iPhone for more than a year. The product is crucial for the world’s No.1 smartphone maker to keep its strong sales momentum as Samsung is quickly closing on the gap with its Galaxy line of products.

Apple sold 20.3 million iPhones in the second quarter and Samsung shipped just one million units less than that.

Media reports have said Apple’s product will go one sale in October.

Apple first sued Samsung in April, claiming its strongest competitor had “slavishly” copied its product designs, and Samsung had since counter-sued, arguing Apple infringed on its mobile technologies.

Samsung is also a major supplier of chips and displays for Apple’s smartphones and tablet products.