Written by Dan Worth,

Microsoft has announced that a beta of Internet Explorer 9 (IE9) will be launched in September.

Kevin Turner, chief operating officer at Microsoft, talked up the company’s confidence in the new software at a meeting with financial analysts yesterday.

“We are really excited about IE9, which will be beta and coming out in September,” he said. “We’re really going in a big way in this space this next year, and have a great story to tell including around safety and security.”

Turner also used his speech to paint a healthy picture of Microsoft’s position in various markets, and trumpeted the firm’s products over rivals’, such as its Azure cloud computing platform over VMware and Google. 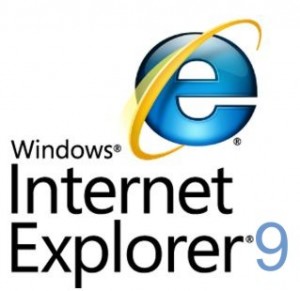 “Google certainly targets software-as-a-service and they dabble in the platform-as-a-service. But their capabilities are far short of what we’re doing from an Azure perspective,” said Turner.

“VMware really is a virtualisation provider. Their definition of cloud is that they virtualise cloud. And the platform services they talk about are very disconnected from the underlying infrastructure.”

Turner claimed that Microsoft has a far greater knowledge and understanding of the entire process of hosting the technology, which gives it the competitive edge.

“VMware is not getting the knowledge associated with what it takes to run a world-class global service that we get with Windows Azure. We can transfer that learning to the service provider, our partners and directly on to our customers, ” he said.

Microsoft also expects to gain customers when Oracle finally releases its Fusion platform, which will integrate middleware and enterprise applications. The most likely launch date for this is during the OpenWorld user event in late September.

“When Oracle launches Fusion – September or October is the rumour – we really think that’s a unique opportunity for us to ‘replatform’ and migrate Oracle customers to the SQL database, because customers don’t want to be locked into Oracle,” he said.

“Oracle wants to own the whole thing, from disk all the way through business application. We see that as a unique opportunity for Microsoft to step into that gap.”

Rocket lifts off with satellites to probe moon