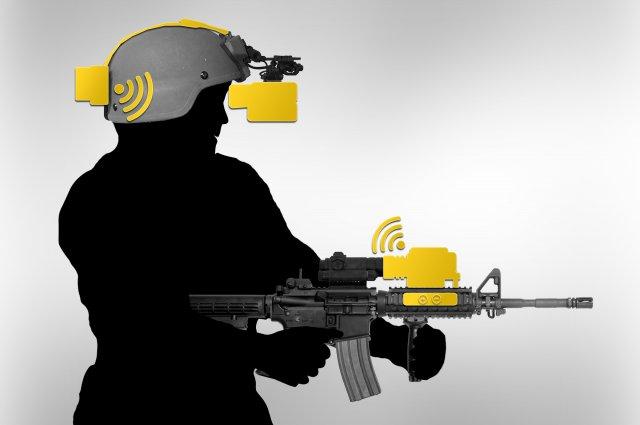 e-News® | The NEWS Company…NY, August 02, 2015 :  New night-vision equipment promises an enhanced image of the battlefield and frees Soldiers from using traditional firing positions. The Enhanced Night Vision Goggle III, or ENVG III, is worn on a helmet in the same way earlier models were worn. The device can be wirelessly linked to the Family of Weapon Sights – Individual, or FWS-I, which can be mounted on the M4 carbine, M16A4 rifle, M249 Squad Automatic Weapon, M136 AT4 rifle, or M141 Bunker Defeat Munition, Col. Michael Sloane said.

Because the FWS-I wirelessly transmits a video signal of the weapon sight to the ENVG III, a Soldier will be able to accurately fire his weapon without having to bring the weapon up to eye level. Soldiers will be able to point the weapon around a corner, acquire a target wirelessly though the FWS-I, and fire – all while remaining in defilade. Other variants within the Family of Weapons Sights are being developed for sniper rifles and crew-served weapons such as the M240 and M2 machine guns, as well as the MK19 grenade launcher.

Both vendors, BAE and DRS, are developing a FWS-I (mounted on weapon) and ENVG III product (helmet-mounted). This photo illustration depicts the prototype samples from BAE’s FWS-I and DRS’ ENVG III. The technological compatibility between the two systems provides rapid target acquisition capabilities, allowing Soldiers to much more rapidly acquire targets and clearly see them in their helmet-borne ENVG III without looking through the scope of the weapon. Sloane, who serves as the project manager for Soldier Sensors and Lasers, or PM SSL, on Fort Belvoir, Virginia, and others, spoke during a media roundtable here at Program Executive Office Soldier, July 22.

Both systems have undergone rigorous scrutiny by Soldiers at a number of installations and training areas during live-fire events. Additionally, Soldier feedback – called “Soldier Touch-Points” – has informed every step of the design and development, Sloane said. Sloan also said that tactics, techniques and procedures with the new system will continuously be refined by the Maneuver Center of Excellence, or MCOE, on Fort Benning, Georgia, and the Army Training and Doctrine Command on Fort Eustis, Virginia. The refinements will ensure safe and effective employment of the new capabilities.

Phil Cheatum, from MCOE’s Soldier Requirements Division, said training for the new capability is being refined for future employments. Thermal weapons sights have been around since the 1990s, said Lt. Col. Timothy Fuller, who serves as the program manager for Soldier Maneuver Sensors, or PM SMS. The difference is that the FWS-I uses just four batteries instead of eight, is much lighter and smaller than earlier thermal weapons, sights and has a more ergonomically friendly set of control buttons. Those controls were designed with Soldier feedback in mind.

Additionally, the FWS-I can resolve images further away than traditional thermal weapons sights, Fuller said, noting that targets can be clearly seen past 1,000 meters. He said the carbine’s effective range is about half that distance. The reason it was designed to pull in images from further away is so it could be used with the M249, which has a much greater maximum effective range than the M4. 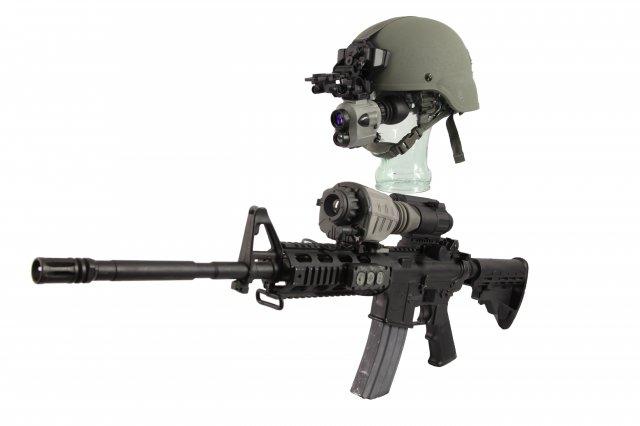 Helmet-mounted night vision systems have been around equally as long, he said. But besides capturing the image wirelessly from the FWS-I, the new ENVG III contains a “smart battery pack” connected from the sensors in the front of the helmet through fiber optic cables to the back of the helmet, where the smart battery pack resides. It’s smart, Fuller said, because in addition to a battery, it contains a small computer processor, which merges the image from the FWS-I with the ENVG III image. In this way, the ENVG III will allow Soldiers to see both the thermal and night vision imagery at the same time. A benefit of thermal imagery is that Soldiers can use it to detect the heat signature of a target in visually degraded environments, such as in a smoke-filled room.

The ENVG III can also be used with a basic battery pack in the same way current models that have been fielded are used, namely the ENVG II and ENVG I. The Army plans to equip 18 Soldiers per platoon with the FWS-I and 24 Soldiers per platoon with the ENVG III. In accordance with Army guidance, the first units to receive the new kit will be brigade combat teams. Soldiers will continue to use the ENVG I and ENVG II units currently fielded. ENVG III units will be fielded, beginning in 2017 and FWS-I units will be fielded, beginning in 2019, he said.

Sloane said PM SSL and PM SMS could never have completed this work alone. Playing major roles in the development of the systems are MCOE; the Night Vision and Electronic Sensors Directorate; the Communications-Electronics Research, Development and Engineering Center; HQDA G-3 and G-8; PEO Soldier; and Army Materiel Command.