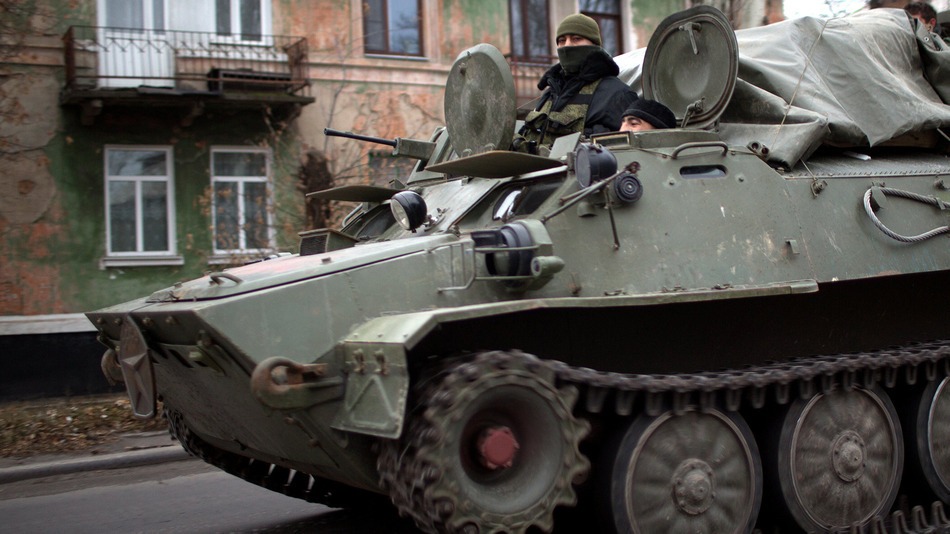 e-News® | The NEWS Company.. : Ukrainian officials said on Wednesday they fear renewal of hostilities in the east after a NATO warning that Russia has been bringing in heavy military hardware to rebel-controlled areas.  Western journalists and monitors from the Organization for Security and Co-operation in Europe (OSCE) have observed several such convoys transporting tanks, Grad multiple-launch missile systems, howitzers and anti-aircraft guns in recent days.

The artillery has been moved in, seemingly with no attempts to hide it. Soldiers without insignia on their uniforms have hauled in columns of weaponry in broad daylight, driving along major highways and through city centers in mostly unmarked trucks. Last week, Mashable observed some trucks with license plates that indicated they were Russian military vehicles. This video, published by the rebels’ propaganda agency Novorossiya TV, shows artillery being trucked in and fired from an area near Donetsk.

The growing risk of open conflict threatens the already fragile ceasefire deal that, since September, has lessened shelling in much of the rebel-controlled territory, although it has not stopped fighting entirely in strategic places such as Donetsk and northern Luhansk. On Tuesday night in Shastya, Luhansk region, one policeman was killed and another injured in a rocket attack on a Ukrainian position, military officials in Kiev said on Wednesday.

While howitzers and anti-aircraft guns could be used as offensive weapons, it is the increase in heavy armor, such as tanks, that is worrisome, Russian security services expert Mark Galeotti told Mashable.

“When you see tanks brought in on flatbed lorries, that should raise alarms,” he said.

Several videos published this week show tanks being brought in by truck and driven under their own power. The Interpreter has geolocated the below video, in which several tanks are moving west toward Donetsk, to a main street in neighboring Makeyevka. Ukraine fears the Russia-backed rebels will launch an attack on Mariupol, the strategic port city. This could be a first step toward building a land bridge from Russia to the Crimean peninsula, which Moscow annexed in March. 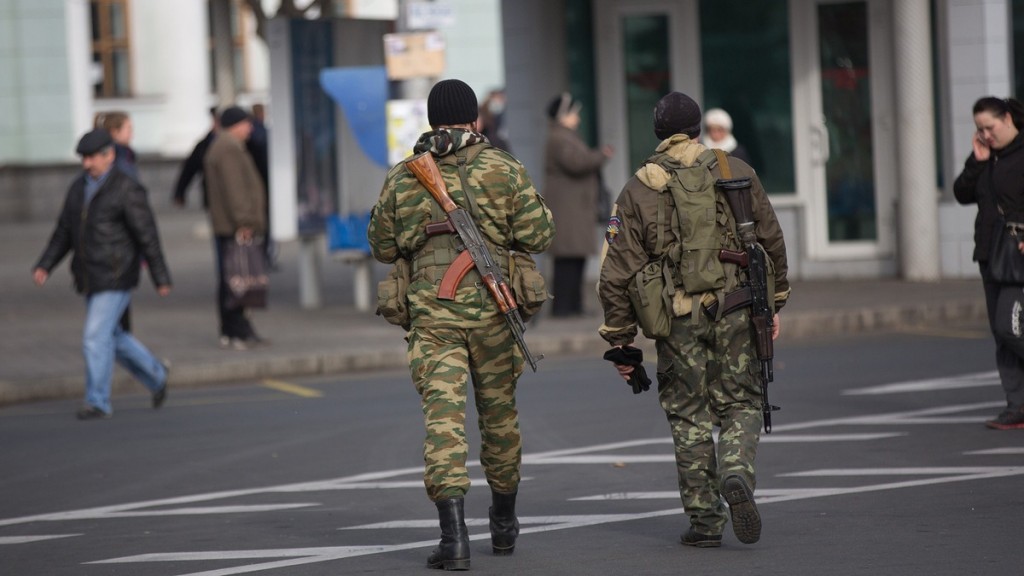 In the Donetsk region town of Snezhnoe last week, a Russian soldier named Kiril told Mashable that he was a “volunteer” and that capturing Mariupol will be the rebels’ next move. “We can — and we will — take Mariupol,” he said during a drive to the Russian border. “Understand it is our land –- Russian land.”

At a cabinet meeting on Wednesday, the Ukrainian defense minister Stepan Poltorak said that while the east is “complicated but stable” for now, “increased activity” by Russia and Kremlin-backed rebels across the region has forced Kiev to put its military on full combat alert.

“The main task I see is to prepare for combat operations,” Poltorak said. “We observe their movements. We know where they are and we expect unpredictable actions from them.” His comments came as NATO’s supreme commander alerted that the flow of weaponry across the frontier has surged in recent days.

“We have seen columns of Russian equipment, primarily Russian tanks, Russian artillery, Russian air defense systems and Russian combat troops entering into Ukraine,” U.S. General Philip Breedlove said in Sofia on Wednesday. Moscow has vehemently denied involvement in the conflict in eastern Ukraine. But it has lent political backing to the separatists’ self-proclaimed quasi-statelets, which elected new leadership this month in a vote condemned by Kiev and the West as a “farce.”

Russian Defense Ministry spokesperson, General-Major Igor Konashenkov, said in response to NATO’s accusations on Wednesday that “there was, and is, no evidence” behind such statements. It is unclear how the rebels could have acquired the heavy artillery typical of a regular army without assistance. Rebel commanders have said their weapons were captured from Ukrainian base. But armaments used solely by Russia’s armed forces have been spotted on the rebel’s territory.

Tags: DonetskNatoOrganization for Security and Co-operation in Europe (OSCE)RussiaRussian troops are pouring into UkraineUkraineUS & WorldWorld

Browett 'to get £36m golden hello'